Today is Saint Patrick's Day, a celebration which is observed in many different countries around the world. In honour of this special date, we thought we'd delve deeper into the history of the day and find out who Saint Patrick was and why his legacy is honoured every year.

It turns out that Saint Patrick was born in Britain and lived in Ireland sometime during the fifth century; no-one is sure of the exact dates. He had an eventful life; when he was around 16 years old it is alleged that he was apprehended by pirates who took him from his home in the UK and enslaved him for six years before he could escape and return to his family.

Patrick became a cleric before returning to northern and western Ireland where he went on to become an ordained bishop. His revered status as one of the main patron saints of Ireland was firmly in place by the seventh century. The date of his death is thought to have been the 17th of March which is why this day is reserved for annual St. Patrick's Day celebrations in many countries around the world including Ireland, the UK, Canada, Australia and New Zealand. Indeed, anywhere with Irish cultural heritage is likely to have parades, festivals and parties to celebrate the occasion. 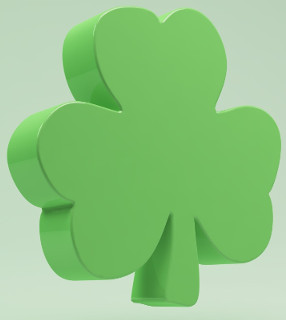 Many symbols and legends have been attributed to Saint Patrick, some of which have survived to inspire the modern day imagery and symbolism associated with March the 17th including the distinctive shamrock as well as the colour green. It is alleged that Patrick employed the image of the shamrock in a parable regarding the holy trinity. It is thought that shamrocks were not distinctive as a particularly Irish symbol up until then.

It was also suggested that the absence of any snakes in Ireland might be down the fact that they were all banished en masse by St. Patrick. Legend has it that he was attending to a 40 day fast on top of a hill when he was suddenly attacked by snakes which he then drove off into the sea, never to be seen again! Disappointingly, professional naturalists have gone on to disprove this theory by proving that there never were any snakes in Ireland to begin with.

Nowadays, the legacy of St. Patrick is inherently synonymous with Irish culture, along with the colour green and the symbol of the shamrock. The myriad associations of Irish patriotism and Christianity are all celebrated in different ways on this special day. As St. Patrick's Day is a feast day and a break from lent, restrictions on drinking alcohol are lifted for the day which is why the day has also come to be associated with sinking multiple pints of stout! Cheers!