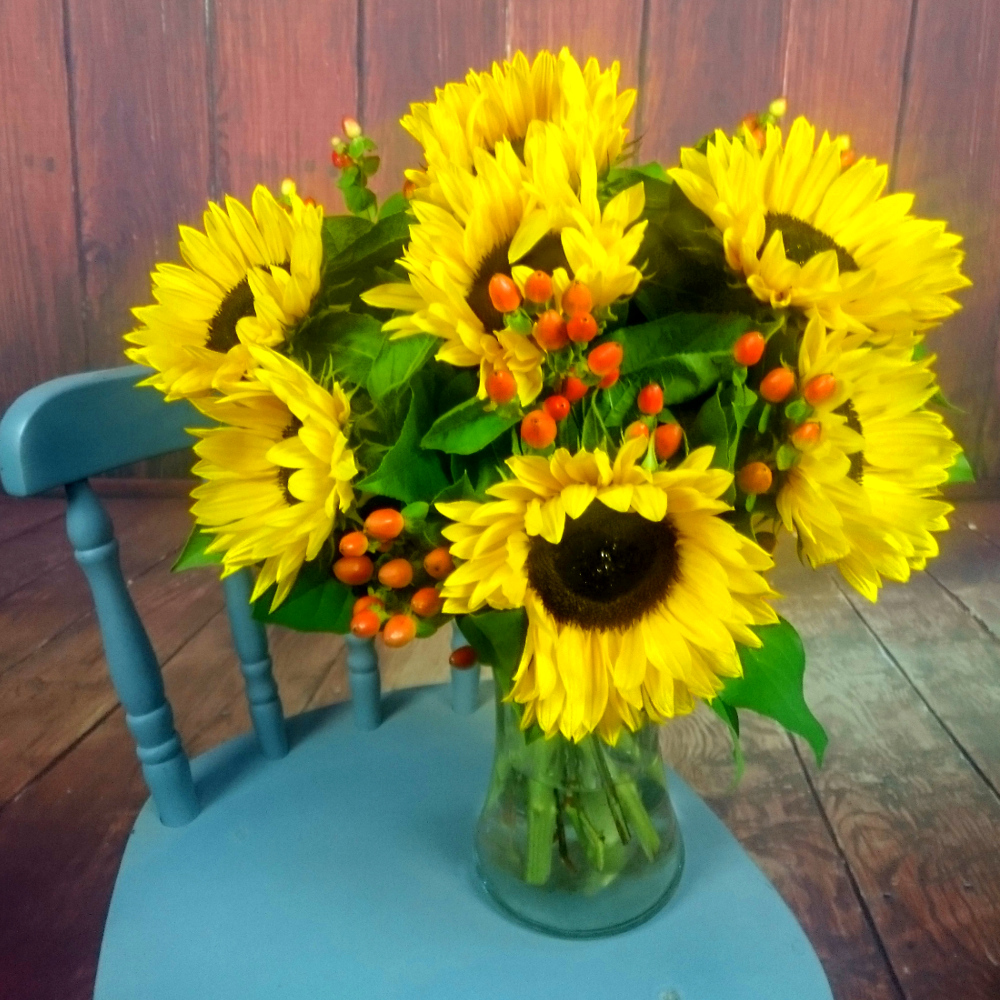 The origin of sunflowers can be dated way back to 1,000 B.C. when historians have determined that Native Americans were involved in cultivation of this flower for purposes of food. The scientific name for this stem is Helianthus, which means “sun flower” in Greek.

The seeds of Helianthus annuus are a popular snack for humans, whilst many other species of sunflower are utilised as food crops for animals. Other culinary applications include the use of sunflower oil for cooking. Sunflower oil can also be used to condition hair and soften leather. Sunflower plants are popular in gardens and windowsills. The perennial flower of summer, sunflowers are also often used in floral arrangements. Historically, both Native Americans and Mexicans have sought sunflowers for their beneficial healing properties. They believed that an infusion using sunflower could treat kidney troubles and chest pains. The yellow petals and black seeds of sunflowers have also been used to make yellow and black dyes respectively.

According to Greek mythology, the nymph Clytia was absolutely smitten with Apollo, the sun god. When her love was not reciprocated, Clytia perished of heartbreak and underwent a metamorphosis into a sunflower. It’s thought that this is why sunflowers always turn their heads to follow the sun! As well as love and sunshine, sunflowers are thought to represent loyalty, faith and adoration.

As with most species of cut flower, it’s best to trim the stems of your sunflower at a diagonal angle. Also remember to get rid of any surplus leaves before placing in a vase of room temperature water with flower food. Sunflowers will drink a lot of water so don’t forget to top up the water regularly. Whilst they like the sun, sunflowers are best kept away from direct sunlight and make sure they aren’t placed anywhere too close to a fruit bowl.

Flower of the Week - Gerbera Bouquets