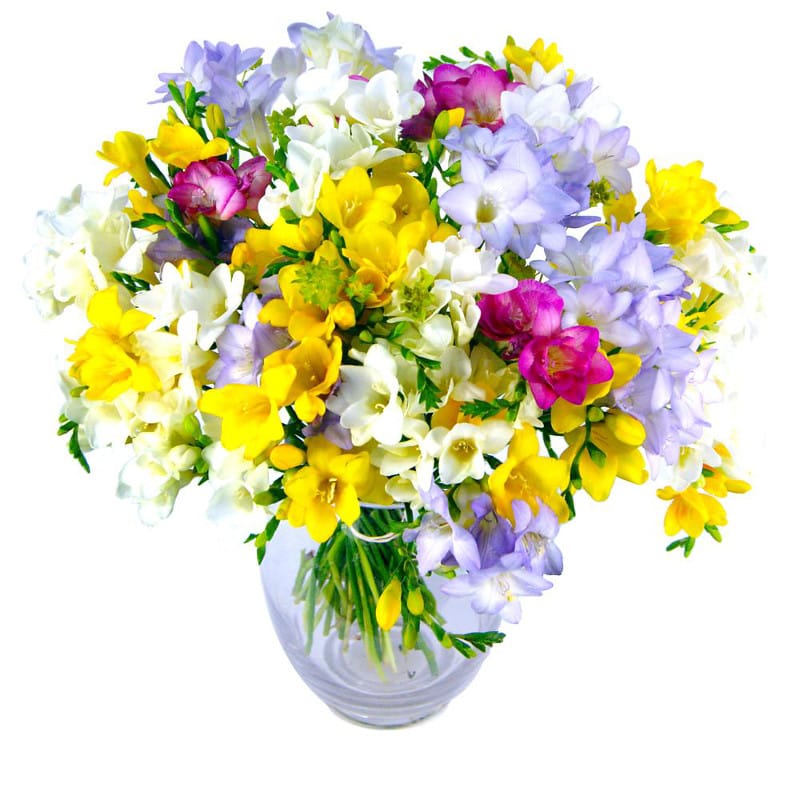 Freesia are named after Dr F. Freese who was a friend of Ecklon, the South African botanist who discovered freesias circa 1830.

Freesias have numerous uses and are extremely popular when it comes to creating perfume. They can also be used to created oils, bath lotions and similar scented products thanks to their unique fragrance.

Freesia flowers can be used to symbolise innocence, trust and friendship. It's also customary for spouses to gift one another white freesia flowers as a celebration of seven years of marriage. In this case freesias signify pure, unconditional love.

Freesia sometimes don't last as long as other flowers, but what they lose in longevity they more than make up for with their sublime aroma. Make sure you re-cut the stems at an angle before placing in water. Keep the water fresh and be sure to remove any wilting or dead flower heads so that they don't suck up nutrients that could be otherwise going to healthier blooms.