The Intriuging Black Roses of Halfeti 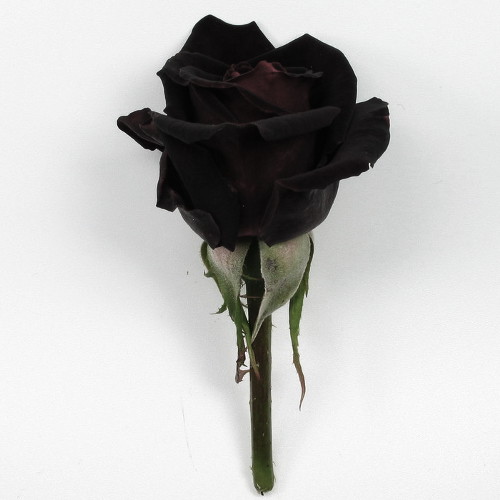 The Turkish distric of Halfeti is a relatively small village situated on the east bank of the river Euphrates. Known mainly for farming, Halfeti has achieved a degree of fame in the world of floristry for its naturally growing black roses. Halfeti's black roses initially blossom in a dark red hue which then gradually fades to ebony through scarlet as summer progresses. The result is an oddly alluring flower with a unique gothic feel.

These beautiful black flowers are known variously as Turkish Halfeti Roses, Arab Brides, and Arab Beauties. It's thought that a combination of factors including the district's microclimate and soil pH levels as a result of water from the Euphrates. Officials speaking on behalf of the region insist that the roses grow this way sans any kind of genetic modification and, as such, are not the same as cultivated black roses that have their genes altered to grow that way in places such as the Netherlands.

Many of the black roses we see for sale on this side of the world are technically a very dark shade of red, purple or maroon. The hue can be artificially darkened by setting a dark rose in a vase of water containing black ink. Black roses have many different symbolic connotations; a single black rose is thought to represent the anarchist political movement. There are also many different cultural connotations associated with black roses in music and film. The meaning of a black rose can be death or dying love in some contexts.

Why are Flowers such a Memorable Gift?