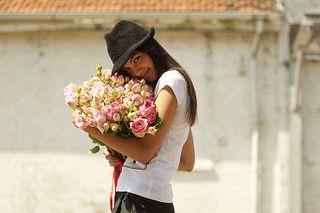 Romantics have known for centuries that flowers have an emotional connection with humans,  forever being the symbol of love and affection, flowers have gone hand in hand with the social interactions between humans for thousands of years.

Studies into the emotional response of flowers on humans have been quite deeply researched and their findings show flowers have real effects on humans that objects don’t. Compared to a control group given a nice pen or nothing flowers produced more real smiles and positive moods in people up to three days later. Recipients engaged in more pro social activities and when received by the elderly, there was a measurable improvement in positive mood and in episodic memory. 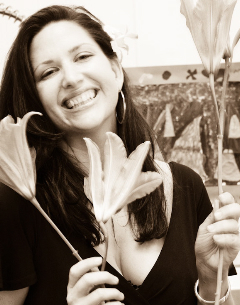 As ever with science their were anomalies produced by their experiments that they weren’t ready to measure they included the number of hugs and kisses as a result of receiving flowers, invitations to givers for refreshments with the recipient and the number of thank you cards and letters received by the giver.

This relationship however isn’t a simple case of luck; scientists and psychologists suggest that flowers have evolved as human mood enhancers to increase their own chances of survival. Emotional processing occurs in specific parts of the brain controlled by certain rules placed on the input information. Over time species that share habitats with one another attempt to adapt to the others rules to make sure they stay one step ahead through the trial and error process of natural selection.

Flowers it seems have adapted to our preferences for symmetry, colour and certain smells to affect of emotional responses. As well as exploiting other animals for cross species pollination of their seed, it is suggested humans are also being exploited as for many species of plants humans are the main agents of seed dispersal. Through a completely passive process of trial and error plants have discovered the secrets of our positive emotional response mechanism and have adapted to exploit it. A possible link it is but proven it is not so for now you can reset assured that flowers wont be coming to take over any time soon. Instead while we wait for such an occasion read further into the subject through the following papers.