The Meaning of Roses - The Red Rose

The Rose is steeped with legend and myths According to once such Roman legend, Rodanthe a woman who had a large number of was constantly pursued her, she was however not interested in their advances but the young were so infatuated by her that eventually broke down the doors of her house and assaulted her. This angered the goddess Diana, and she turned Rodanthe into a beautiful flower - and each of her suitors into thorns! Since then the Rose has become the symbol of love - no doubt helped by the fact that the Red Rose's bloom looks very much like a Red heart- and in the English language, the word 'Rose' can be rearranged to spell the name 'Eros' - the god of love himself! 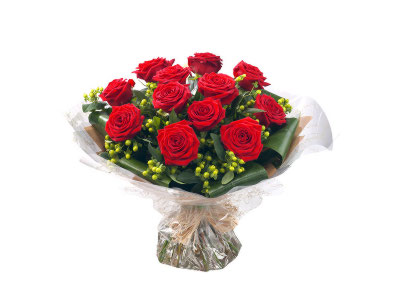 Different coloured Roses are said to have different meanings, however the traditional Red Rose bloom symbolises enduring love and passion - hence its absolute suitability for Valentine's Day! But it is not just love that the Red Rose can symbolise, Even within the Red Rose, the receiver can find other meanings. A Rose without thorns is said to mean that the lucky recipient should never fear the giver, a leafy Rose is said to invite hope, and a full bunch of blooms which have opened is said to represent gratitude. The most romantic of all though is a single bud, yet unopened, as it indicates the beauty and innocence of budding love - wonderfully romantic! However, romantic men and women everywhere should remember that Red Roses are not the only colour of love - and your recipient may enjoy the uniqueness of the many other coloured and fragranced Roses available. Be creative!

Fantastic Savings on our Burst of Summer Bouquet

A Guide to Birth Flowers: July and the Larkspur

Tips for Tuesday - Cooking with flowers