Except this year, it hasn't been quite as cold as normal. And the result is that some early-blooming flowers are getting mixed up.

Normally plants such as snowdrops, daffodils and hawthorn wait for the early thaw, the first fleeting lick of spring warmth, before they dare to bare their petals to the elements. But the unusually clement weather we've experienced over the past few weeks seems to have triggered these plants' internal clocks, causing them to bloom days or even weeks ahead of schedule.

In Gloucester, for example, a stunning white tapestry of snowdrops has appeared, carpeting the ground with petals in Rococo gardens.

Meanwhile in Cambridge, the hawthorn trees are getting in on the act too, putting out their delicate pink blossom weeks ahead of time.

And in Somerset and Devon, that most iconic of the spring flowers, the daffodil, has already begun to poke its petals through the frost (or lack thereof).

As Garden adviser Paul Hervey-Brookes writes in the Daily Express, “with day temperatures approaching 10 degrees, they’ve been tricked into thinking it is later in January and started to come out.”

Have you seen any early-blooming plants in your neck of the woods? A bluebell, perhaps, or another wintery wildflower? We'd be fascinated to hear what the first flowers of the season are for Clare Florist followers up and down the country - let us know in the comments below! 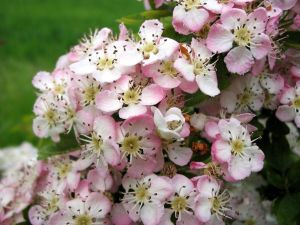 The Vernal Equinox and the Birth of Spring

Spring Traditions from Around The World