Why do we celebrate Mother's Day?

The UK celebration of mother’s day can be traced back as far as the 16th Century when Christians would visit their mothers church annually on the 4th Sunday of Lent. Because of this tradition, it was also the weekend when apprentices and young workers were released by their masters to be able to go home and be reunited with their mothers and families. These celebrations were continued by the Church of England as Mothering Sunday, and still are to this day celebrated on the 4th Sunday of Lent, but declined up until the middle of the 20th century within the general population. 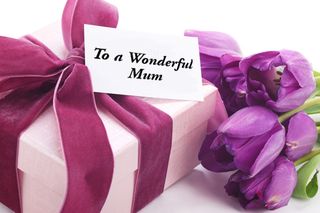 Mother’s day celebrations as we know them today were introduced into the UK by US soldiers after WW2. The US celebrations began in 1908 and was created by Anna Jarvis as a day to honour ones mothers and through her efforts of campaigning for recognition for mothers and a celebration for them, her Mother’s Day was made an official national holiday in 1914 by President Woodrow. However, US merchants saw this as a great commercial opportunity and within just a few years, Anna Jarvis had become disgusted with the commercial exploitation of Mother’s Day and she criticised “Hallmark Holiday” practices and opposed the holiday she created till she died in 1948.

Most other countries that celebrate Mother’s Day have taken the US holiday and changed the date to fit in with already existing celebrations and holidays, which honour mothers and motherhood. For instance in Greece Mothers Day is combined with the celebration of the presentation of Christ to the Temple on the 2nd February, In predominately catholic countries it coincides with Virgin Mary Day or in Islamic countries with the birth of the Prophet Muhammad’s daughter.

What to plant this March

The Best Stats You May Have Missed on Mother's Day