It doesn’t seem unreasonable that one might find one of the finest hard rock frontmen of the 20th century in close proximity to a seven-metre pyramid. Such stars have, after all, long been associated with theatrical excess; just cast your mind back to Spinal Tap, and their Stonehenge. Throw in that the pyramid is called the Magical Tower Garden, and your stereotypes all seem to have come to life at once. But then you learn where this bizarre meeting took place: not on stage on a world tour, not at Donington, Knebworth or Slane Castle, but…the Royal Horticultural Society’s Chelsea Flower Show. 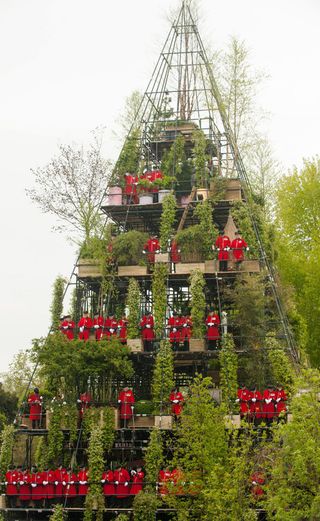 The rock star? The Who's Roger Daltrey, he of the ear-splitting scream in ‘Won’t Get Fooled Again’ (now sadly often called ‘the music off CSI’ by the under-rocked). And the Magical Tower Garden? That is the ‘fantasy garden’ of this year’s show, seven metres of scaffolding, creepers and honeysuckle looming spectacularly above the crowds. It is the design of TV Gardener Diarmuid Gavin.

The show, which starts today, has plenty of other attractions on show: in the Fuzzy Gardens exhibit, artist Olivia Keith will be attempting to paint a picture every day which captures the mood of the Show. Celebrities and sort-of-celebrities (Amanda Holden, Laurence Llewelyn Bowen) are already making appearances, and then of course there are the gardens, plants and much-coveted CFS gold medals – which you can help judge! The RHS People’s Choice Award, voted by the public, is open until this Friday, 25th May. 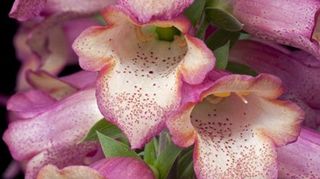 'Plant of the Year' winner

Coverage of the flower show will be on BBC2 all week, and loads more info can be found on the official page – www.rhs.org.uk/Shows-Events/RHS-Chelsea-Flower-Show/2012/.

How do Plants ‘Know’ When to Flower? New research