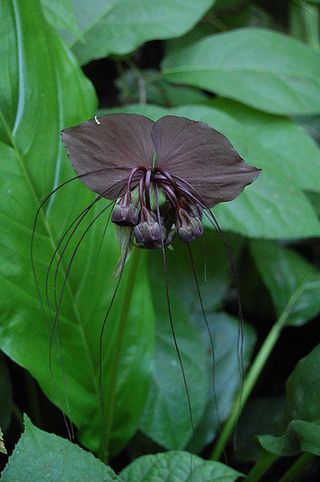 Today’s bizarre flower is a bit of a dark horse … who said horse? Sorry, let’s make that … a dark bat.

Tacca Chantrieri is the name of this gorgeous-looking beast, but it’s better known, and certainly better described, by its nickname: the black bat flower. Black flowers are highly unusual, but t. Chantrieri sports two magnificent black petals, accompanied by a somehow sinister, somehow beautiful spray of long black ‘whiskers’. The whole flower can grow to be a foot wide across its petals, and the long, creeping whiskers can reach over 2 feet in length.

The black bat flower, a variety of orchid, grows wild in the rainforests of Yunnan Province in China, and can grow up to three feet tall. Since their classification in 1901 they have also been grown domestically, doing best in warm temperatures over 12 degrees centigrade.

In November 2011, researchers at the University of Texas Health Science Center published a report in the Journal of the American Chemical Society, expressing the hope that cells from the black bat plant could help to fight cancer. The hope is that a plant-based replacement for the chemotherapy drug Taxol could be derived from this enchanting flower, which would avoid Taxol’s problems with toxicity and patients developing immunity. It’s amazing to think that this weird flower could have a role to play in fighting mankind’s most feared disease. 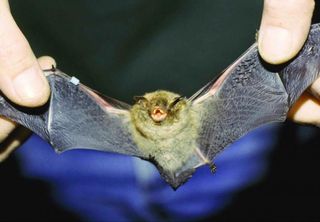 This is not a black bat flower. This is just a bat.

The Datura Metel aka the Devils Trumpet..