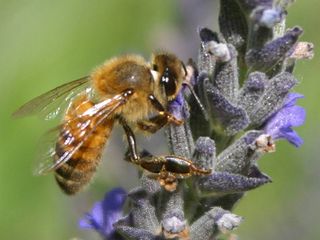 Researchers from the Universities of Cambridge and Bristol have been looking into what it is that makes a flower attractive to a bee, and have come up with a surprising answer … Velcro! Conical cells on the surface of flower petals, whose use was previously unknown, seem to act just like Velcro on the feet of bees, helping them hang on when the plant is shaking around.

The method used to test what these cells actually do was beautifully simple, in concept at least. The scientists developed a strain of flowers without any conical cells on the petals, let bees settle on both types of flower, and then shook them around.

The bees already showed a preference for the flowers with conical cells when the plants were still, but as soon as the flowers began to move in the artificial ‘wind’, this preference increased. This simple test backed up the hypothesis that the cone cells are used to enable bees to cling on to the flowers, and thus make it easier for the bees to pollinate the flowers. 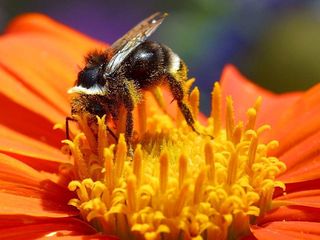 Dr. Glover evaluated the project’s success: “Nobody knew what these cells were for, and now we have a good answer that works for pretty much all flowers.

“'It's too easy to look at flowers from a human perspective, but when you put yourself into the bee's shoes you find hidden features of flowers can be crucial to foraging success.”

To Kill a Hummingbird: Global Warming to Blame for Disappearing Birds