It’s not only the darkest colour that a flower can be, but one of the rarest, too. But now some of the mystery behind this blackest of blooms has been solved.

Of course, the name ‘black dahlia’ has other connotations too. The nickname ‘The Black Dahlia’ was given to Elizabeth Short, an American murder victim. The story of Short’s murder has since become the subject of many books and films, including the 2006 noir move The Black Dahlia, and even the name of a heavy metal band: The Black Dahlia Murder.

Black dahlias are extremely rare: less than 20 of 200,000 species of dahlia are black. But new research from scientists has thrown new light on how these dark flowers get their colour. Analysing the pigment makeup of dahlias, scientists in Austria found that black dahlias contain far more ‘anthocyanins’, and far fewer ‘flavones’, than other colours of dahlia.

As technical as this all sounds, it could have exciting implications in the future: researcher Heidi Halbwirth says this knowledge could be used to improve techniques for flower breeding, helping dahlia lovers to grow the perfect black dahlia. 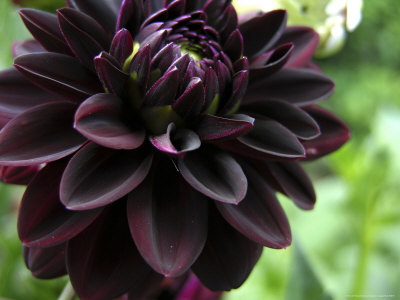 Expressions of Encephalitis ? with Clare Florist and Rebecca Adlington!