It’s the British sporting success of the summer so far. Which, admittedly, if one was going to be snarky about it, doesn’t seem too difficult. Losing out to Italy at the Euros, to Federer at Wimbledon, and to a serene 311 from Hashim Amla at the Oval the other day, it could be argued that it’s the only British sporting victory this summer (although there are still the Olympics to come). But that old British cynicism really shouldn’t take anything away from Bradley Wiggins’ superb victory in the Tour de France.

Just look at the numbers! Our Brad had to cycle more than 2000 miles to get his hands on that prize, over hills and mountains, dips and valleys, and to do it faster than everyone else. And he performed magnificently, holding on to the yellow jersey for an outrageous 13 consecutive stages. And he’s a mod. And everything’s more difficult when you’re a mod.

So to honour his achievements, we’ve come over all yellow here at Clare Florist, and we’ve put a range of fantastic discounts on our Yellow Flowers range. We have a great range of rose, freesia and sunflower bouquets which show off the colour yellow to magnificent effect – bouquets for champions! Just check out these fabulous flowers – and then come on over to our Yellow Flowers product page to see the discounts which we’ve put on this whole range of beautiful yellow flowers. And it’s all down to Wiggo! 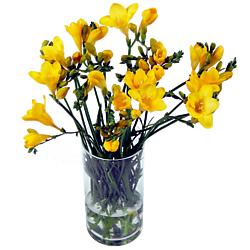 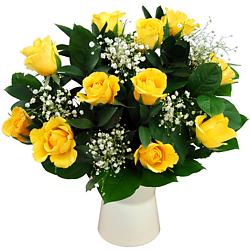 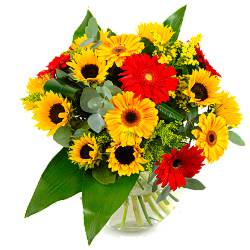 Good Luck to Everyone Getting Their A-level Results!