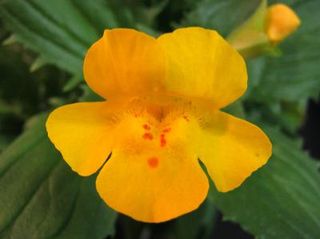 Researchers at the University of Stirling have reported a remarkable find; a flower growing in the wild which has originated in the past 150 years. Remarkably, they have found a hybrid flower which has developed naturally out of two different flowers brought to Scotland from the Americas in the 1800s.

The new plant, which was reported by evolutionary biologist Dr. Mario Vallejo-Marin, has been named Mimulus peregrinus, translating as ‘the wanderer’. It is a hybrid ‘monkey flower’.

The extraordinary thing about little peregrinus is that it is completely fertile. Normally when hybrids occur in the wild, the resulting offspring are infertile. However as a result of an unusual process known as ‘polypoidzation’, peregrinus has had its DNA balance restored through duplication, meaning that the brand new monkey flower is 100% fertile.

It’s thought that many species of crop may have developed through the same process, but evidence tends to be thin on the ground, as the parent species have by now died out. However peregrinus is the offspring of two known – and extant – plant species, and as a result provides us with living proof of the efficacy of polypoidization.

‘The two American monkey flowers are unable to produce fertile hybrids due to differences in the amount of DNA present in each species, the equivalent of getting a sterile mule from crossing a horse and a donkey', said Dr. Vallejo-Marin. 'However, in rare cases, duplication of the entire hybrid DNA, known as polyploidization, can balance the amount of DNA and restore fertility. Our studies suggest that this is what has happened here.' 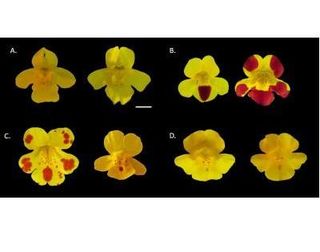 Celebrate the Heatwave with £10 off Summer Splash