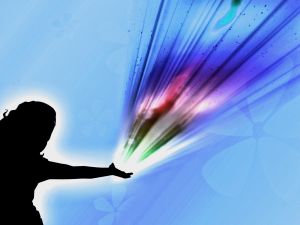 The Walt Disney company have had some pretty creative individuals on their books down the years. Whoever it was that first sketched Dopey the Dwarf, and the employee who wrote the pink elephant scene in Dumbo, and the wizard who decided to make King Louis in The Jungle Book into a trumpet-playing, scat-singing orang-utan…

But they don’t just rest on these past glories, either. Though the ethical practices and cultural standards of Disney as a company have been (and continue to be) quite justly questioned, they continue to be a hothouse for some fiery-brained creative talent. Recent years have seen the creaky old animation studio give us everything from the voodoo vibes of New Orleans in The Princess and the Frog, to the digital magic of their collaborations with Pixar – the latest of which, Brave, recently inspired the Scottish tourist board to create one of the biggest advertising campaigns in tourism history. 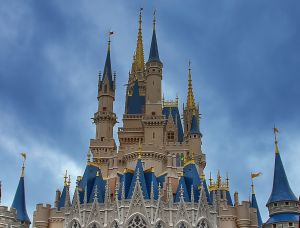 The Disney Castle, where wizards think up stuff like this.

And now, we at Clare were chuffed to see that a little bit of that creative fire which burns eternal in King Mickey’s palace is being applied to our favourite thing – flowers! A new video, picked up mainly by the Australian press, shows a remarkable experiment from the ‘Disney research hub’

In the video, which you can watch here, Disney scientists wire up a flower to a remarkable piece of kit which allows it to be used as a musical instrument. You can slide your fingers along the plant’s stem, or touch its petals, to affect the note being played. Using a technique called “Swept Frequency Capacitive Sensing”, just a single wire in the soil under the plant picks up the frequencies created by the touch, and translates them into sound.

Theoretically this could be used to turn any living or dead matter into a touch- and gesture-sensitive machine: but we think it’s really rather nice that they started with flowers.