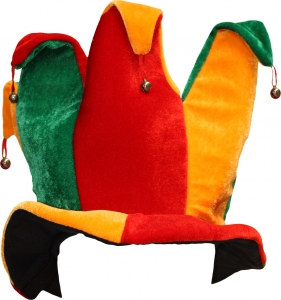 It's April Fool's Day - so Here are three great April Fools jokes which we've spotted around the web!

...we assume this is an April Fools. Because, if it isn't, then science has been doing a lot it hasn't told us about in recent years. The 'new' Google Nose feature allows you to search smells from your computer or mobile device. Just perfect for when you can't get up in the morning without that familiar smell of wet dog...

There's a Google link to this second story too. Left-leaning newspaper the Guardian today parodied Google's 'Google Glass' augmented reality specs by featuring a story about 'Guardian Goggles' -- a pair of specs that filter out bigotry or xenophobia (or, basically, anything the newspaper disagrees with), to show you only a world of 'liberal insight'). It's nice to see a newspaper not taking itself too seriously, even if a lot of the jokes here will only be understood by dedicated readers anyway...

Finally, isn't it about time that the fashion industry woke up to the fact that all men really want is a stylish skirt? Well today is that day. What a coincidence that it happens to be April 1...

...although interestingly, the company has stated that if there is enough demand, they will bring this April Fools joke to life. Gents?