A Brief History of Mother's Day 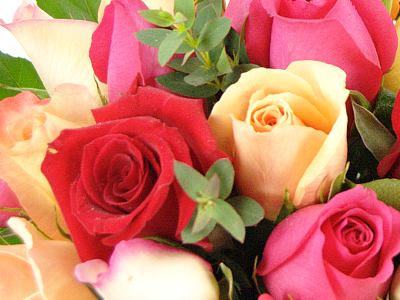 Mother's Day falls on Sunday the 15th March this year; that's only 19 days away at the time of writing this post! The reason that the date for Mother's Day varies from year to year is that it is linked with Easter which also varies annually depending on the lunar calendar.

Modern Mother's Day celebrations in the UK are actually descended from a historical 16th century practice of visiting one's mothering church once a year. This occasion, called Mothering Sunday, resulted in mothers being reunited with their children who would be young apprentices serving with masters.

Nowadays, Mothering Sunday has increasingly come to resemble its American counterpart, Mother's Day. Even a change in name reflects this transformation. The American tradition places more of an emphasis on presenting a gift to one's own mother and has little to do with the religious tradition of British Mothering Sunday.

Mother's Day was first celebrated in north America in the early 20th century. As well as celebrating one's own dear mum, Mother's Day is seen as a celebration of motherhood in general and its significance within modern society. In 1908, a woman by the name of Anna Jarvis held a memorial for her mother in Grafton, West Virginia. Anna campaigned passionately for a day to be set aside to honour mothers as "the person who has done more for you than anyone in the world."

Jarvis was adamant that the spelling of the holiday be "Mother's Day" (plural possessive) as the day was intended for each person to honour one's own mother. Despite this, "Mothers Day" and "Mothers' Day" are sometimes seen as well. Jarvis' campaign was successful and the holiday took off in a big way. Interestingly, Jarvis came to hate the holiday as big corporations such as Hallmark moved in and orchestrated a commercial monopoly. She felt that this was distracting people from the original sentiment of the occasion and protested against the commercialisation of Mother's Day for the rest of her life.

By the 1950s, the US custom of Mother's Day had spread to the UK and merged with our own Mothering Sunday, creating Mother's Day as we know it. Whilst it is observed on a different date in the UK from the US, the customs and practices and even the name are now the same. The most popular gifts to bestow upon your mother on this special day are traditionally chocolates or Mother's Day flowers. Greetings cards are also popular. For those looking to really spoil their mother rotten, maybe even all three could be gifted!

Variations on Mother's Day are celebrated around the world with nuanced differences depending on local culture and religion. No matter where it is celebrated, the sentiment remains the same; to pay tribute to the woman who brought you into the world.

Treat Your Mum This Mothers Day with Flowers

Mother's Day Bouquets for under £35