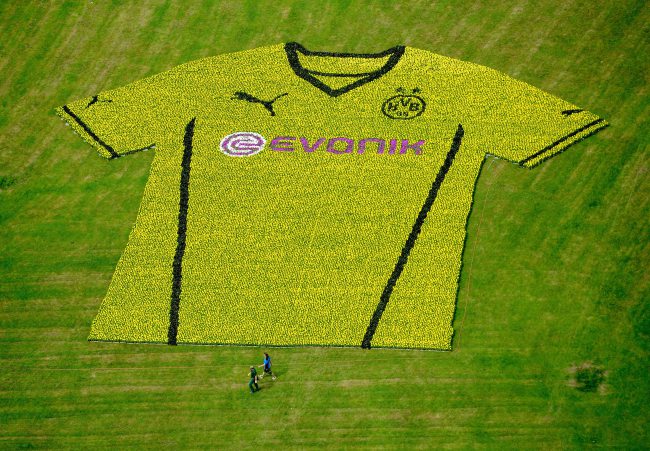 What could this number be? The number of double decker buses it would take to encircle the moon? How many gallons of Lucozade it would take to turn the London gherkin into a giant drinks bottle? The amount of bacon rashers I can eat before I say "actually, I think that's enough for me"?

The remarkable number 80645 is fact the amount of flowers used by German football club Borussia Dortmund to unveil their new team shirt design.

The event took place in a park in Dortmund, and took up a ginormous area of over 10,000 square feet.

And there it will remain, made out of marigolds and coloured petunias, until next week -- when fans will be allowed to take a flower home to remember the giant kit by. And Dortmund claim that every flower will then be a good luck charm to spur the team on next season. And after losing the Champion's League final this year, they probably feel they need the luck!