At Clare Florist we've long been extolling the virtues of the language of flowers when it comes to sending unique gifts which are imbued with meaning and significance. A recent article on the BBC's website has reignited our interest in this topic which is sometimes referred to as Florigraphy.

The popularity of Florigraphy dates back to the Victorian era when being expressive of emotional matters was, to a large extent, frowned upon. In a society which did not allow the expression of feelings, flowers represented a way to send messages to others without the unseemly encumbrance of words. 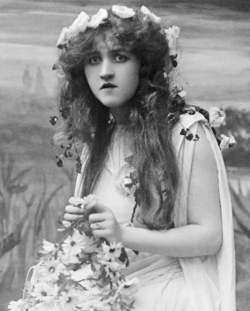 It's possible to trace the origins of Florigraphy even further back than this - there is evidence to suggest that flowers are depicted as symbols in the Hebrew Bible. Theatre lovers may already be familiar with Shakespeare's use of flower symbolism in plays such as Hamlet.

For thousands of years humans have been so inspired by the beauty of flowers that we have created our own complex language over time. Traditional cultures in Europe, the Middle East and Asia have all made their own contributions to florigraphy. Meanings in flowers can be found throughout literature, art and have influenced the messages we wish to convey when we send flowers to loved ones.

In 2009, the author Vanessa Diffenbaugh published a novel based on Florigraphy entitled The Language of Flowers, as well as her own flower dictionary, no doubt inspired by the floral dictionaries that became popular in the Victorian era.

Nowadays, flowers possess multi-layered meanings and there is plenty of room for interpretation in many instances. Despite this ambiguity, a common consensus has emerged for certain types and colours of flower. For example, whilst roses are largely associated with romance, yellow roses are the designated flowers for expressing friendship. Distinctions such as this make it important to get the colour and type of flower right - if you were looking to send romantic flowers to a loved one for example, you'd be best to opt for pink or red roses to ensure that your message is one of undying passionate love as opposed to platonic companionship!

Another interesting aspect of Florigraphy is the concept of birth flowers, an Ancient Roman tradition which has survived up to the present day. The Ancient Romans believed that each month had a corresponding flower, the properties of which were said to be reflected in the personalities of those who were born in said month. To take the example of January (which just so happens to be the birth month of yours truly), this month has the carnation as its designated birth flower, which is thought to represent love, fascination, gratitude beauty, admiration and distinction.

The cool thing about birth flowers is that it provides you with an easy way to select the appropriate bloom when you want to send birthday flowers to someone special. You can pick the flower for their month of birth which will give your gift an extra layer of meaning which you can then elaborate upon in the card message. Your gesture is sure to be unique and memorable as a result!

Keep your Flowers Fresh with Vodka