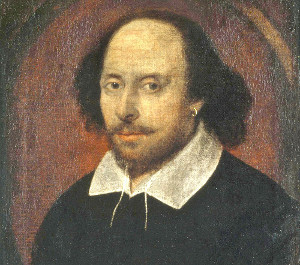 One of William Shakespeare's most important and popular plays is Hamlet, a tragedy written at the turn of the 17th century. Regarded as one of the most heavily quoted works in the English language, Hamlet appears on numerous lists compiling the world's greatest works of literature. The work has been subjected to numerous analyses which examine religious, philosophical, psychoanalytical, and feminist sub-texts and it has been peformed by the major actors of its day over the past 400 years right up to the present day.

An aspect of Hamlet that interests us in particular is Shakespeare's use of flower imagery to provide symbolism within the play. The word 'flower' itself makes an appearance over a hundred times in Shakespeare's plays and sonnets. Within Hamlet, the character of Ophelia describes the meanings of pansies, rosemary, fennel, columbine, rue, daisy and violets in Act IV, Scene V of the play.

The character of Ophelia is the subject of a famous painting by John Everett Millais in which she is depicted floating amidst the flowers she describes. There have been many interesting evaluations of the role of flower symbolism within this work. In the painting, daisies appear at the character's right hand, signifying innocence. Pink roses can be observed floating near Ophelia's cheek whilst white roses can be seen growing on the river bank. Roses are used to symbolise youth, love and beauty.

A garland of violets around the character's neck makes reference to faithfulness as well as chastity and death. Pansies are visible floating on her dress and refer to thought as well as love in vain. Sorrow is signified by the appearance of a pheasant's eye near the pansies. A vibrant red poppy is also easily identified in this painting and is thought to represent sleep and death.

Throughout the play itself there are many other instances of the nuances of Ophelia's character being explained with flower symbolism. For example, when she offers wild flowers to the court, it has been suggested that this could indicate a symbolic deflowering. Ophelia's appearance which consists of dishevelled hair and white garments adorned with flowers is thought to suggest an unstable frame of mind.

Flowers appear constantly throughout literature, art and film as symbolic devices so it's little wonder that the Great Bard himself used this motif to such masterful effect.