Commemorative Flowers for the Royal Birth

It seems like a lot of people are in  celebratory mood this week. With the introduction of Prince George of Cambridge to the royal family, commemorative cups and saucers are bound to be flying off the shelves in gift shops and shopping malls up and down the country.

But why not do something a little more sensitive, more personal -- a little more alive. If you want to add a little reminder of the great event, why not plant a commemorative flower in your garden? That way, it'll keep coming back year after year -- not just get dusty on a shelf on some forgotten mantelpiece

Sometimes you just have to hold your hands up and admit that someone beat you to it. No, not to having the royal baby. But to the notion of planting a commemorative flower to young Georgie. In this case, the Metro ran a great article on a few choice flowers which might prove the perfect royal souvenir.

One of our favourites from the Metro's selection was the Meconopsis Slieve Donard. This blue flower certainly has a regal air to it -- and of course blue flowers are traditional for welcoming a baby boy into the world. 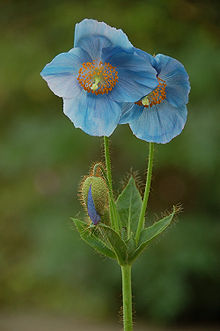 Another cheeky suggestion from the Metro article was the Aster "King George". Although that may be a little premature, there's every chance that the squalling little bundle carried out of the hospital this week will be King someday, so why not get in there early with a commemorative aster? 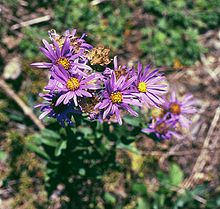 Finally, we know that not everyone is quite as taken with the royal birth as perhaps the press coverage would suggest. So if you're a repubican who sees nothing to celebrate in the addition of another royal to the line, why not celebrate your beliefs instead? Plant a flower which represents an event which you think is worth commemorating -- it doesn't have to be something huge or political! It could be England whipping the Aussies in the first test, or simply the fact that we got a summer at long last! Then when the flower blooms year after year, you'll be reminded of the happy event.