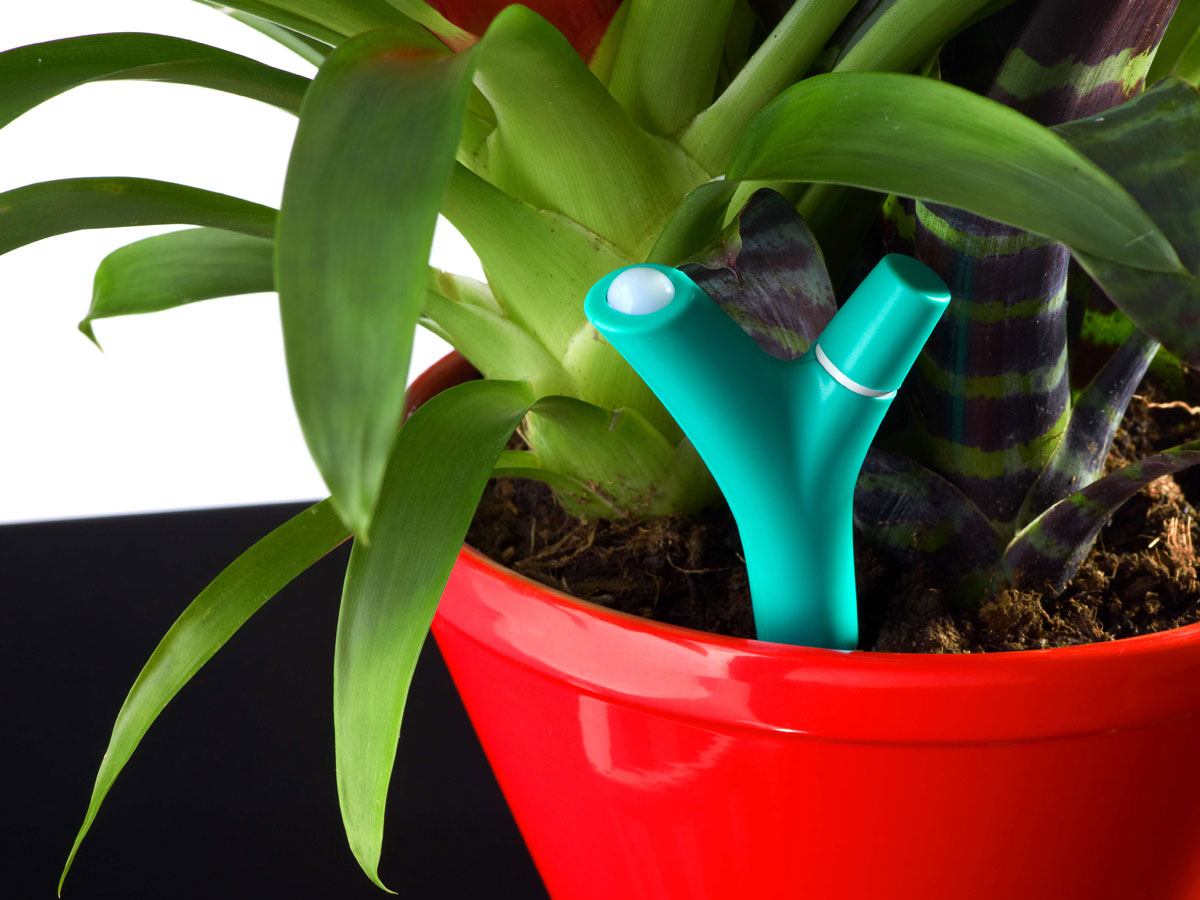 Techy gadget-lovers and flower obsessives alike will adore this gadget, created by Parrot, a firm best known for making a remote-controlled helicopter that can be controlled via iPhone.

THe "Flower Power sensor", as its called, is a small gadget "shaped like the top of a leek", which you plug into the soil in a flowerpot. The sensor then measures the level of humidity, sunlight, temperature and fertilizer which the flowers are receiving.

And it gets better. You don't have to constantly hover around checking the sensor to see how your prize blooms are feeling. The Flower Power is Bluetooth-enabled, meaning it can send all of this data straight to the cloud, from where it can be picked up by your smartphone or tablet. It's tailored to recognise the needs of over 6000 different plant types.

We don't want to sound like a press release here, and we'll admit that we haven't had the opportunity to play with a Flower Power in person ...but having read all of this, we admit we want to! The price of the sensor is currently unknown, as it's only being released later this year.

Until then, you can carry on listening to your plants the old way, with an ear to the petals. You never know...

Hello Miss Strelitzia, how are you today?

Flowers could be 100 MILLION years older than we thought