Flowers and the Duchenne Smile 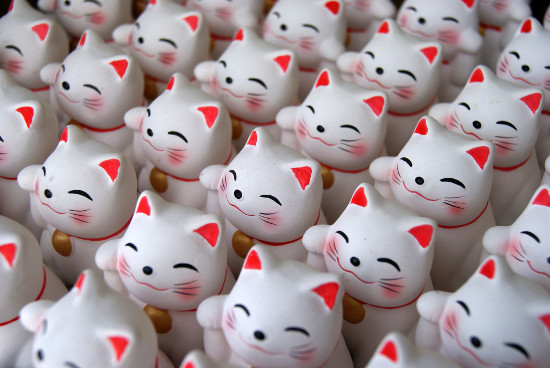 Looking to make someone smile? It turns out that sending them flowers could be the best way to incite true happiness, as evidenced by the Duchenne smile.

Research by psychologists has indicated that test subjects who received flowers reacted with the Duchenne smile 100% of the time, a much higher success rate when compared to other similar gifts including fruit and sweets baskets and decorative candles. Not only that, but recipeients of flowers also demonstrated an increase in positive mood as well.

Also interesting was the fact that the recipients of flowers showed a tendency to place their beautiful floral gift in a communal area where it would be noticed by others. This indicates that flowers are not only a gift for just the individual to enjoy alone but one that inspires sharing as the recipeient proudly shows off their gorgeous bouquet.

So what exactly is it about flowers that inspires the true Duchenne smile in those who are lucky enough to receive them? Psychologists researching the subject have proposed a few theories:

It could be the case that the symbolic gesture of giving flowers in itself carries a positive association that we inherit as part of our cultural upbringing. But then how did the positive associations come about in the first place? And if it was merely a learned association, would it provoke such a marked indicator of joy as the Duchenne smile?

Another theory proposes that the happiness we associate with receiving flowers may be linked to a survival instict. The attraction of flowers and other things that grow may evoke evolutionary cues relating to 'foraging success.' That is to say that our ancestors roaming around in the wild would be gladdened by the sight of flowers as they would come to identify such a sight with future supplies of food, signalling availability of fruit, nuts and the like.

There are various theories about how flowers improve our mood. Visual stimuli such as symmetry and colour can effect profound psychological triggers. For example, we are pleased by the identifiability of symmetry in a world filled with complex visual cues. We are also predisposed to display a preference for certain colours which again relates back to an evolutionary survival instinct; the sight of ripe fruit against a green backdrop would incite a positive mood. There are various other sensory factors at play, everything from odour to the possibility that humans may be responsive to floral social chemicals which mimic the effect of sex pheromones!

It's pretty much impossible to pin down exactly what it is about flowers that makes them so darn irresistable to us humans. In truth, it's likely that a number of different factors are at play which, when combined, make a bouquet of flowers a gift which will truly make someone smile! :-)

Order Flowers Online: How it Works