Revisiting the topic of flowers in art, today's blog post will examine the rose-inspired oil paintings of French artist Henri Fantin-Latour who was active in 19th century Paris and was even mentioned in Marcel Proust's famous epic In Search of Lost Time. He was responsible for a great variety of portraits and still lifes, the latter of which included a great many flower paintings. His main inspiration was the timeless elegance and beauty of Roses, the classical flower of love and romance. 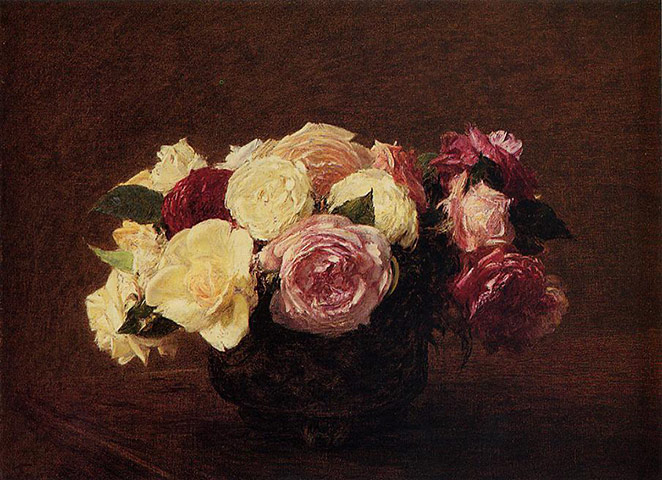 Painted in 1894, Roses is one of Fantin-Latour's most distinctive works and is notable for its colourful array of roses. Despite the romantic and lively subject matter, the work manages to convey a sense of sadness and restrained, subtle beauty. The flowers droop slightly against a somber brown background. This painting is one numerous rose-influenced artworks the artist created, alongside Vase of Roses and White Roses, both of which were completed in 1875.

His love of other flowers is also apparent in other paintings he produced, such as White Roses, Chrysanthemums in a Vase, Peaches and Grapes on a Table with a White Tablecloth from 1867. 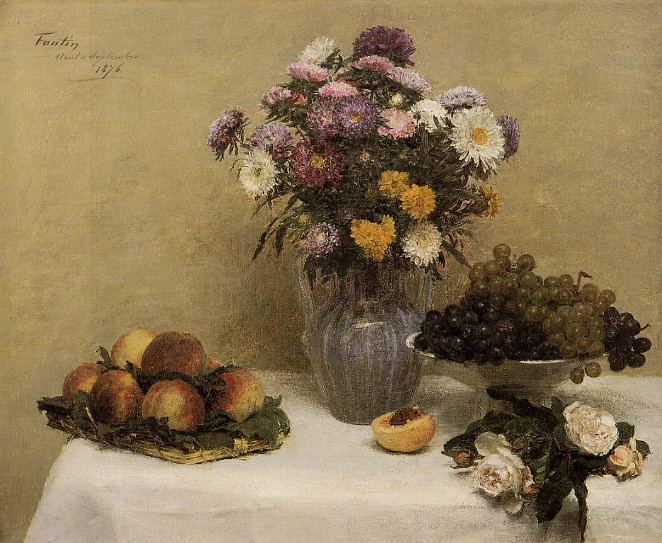 This work features White Roses set upon a tabletop alongside fruit and a vase containing chrysanthemums. Again, the colours are tastefully subtle and understated here, suggesting a melancholy tinge to the otherwise naturally beautiful subject matters.

His work was very popular, particularly in the UK, and he generally sold every single painting he did as soon as it was finished. As well as his flower paintings, Fantin-Latour was also renowned for his group portraits of Parisian artists and writers which demonstrates that he was a versatile and accomplished painter.

Quiet on the blog - New look around the corner...