With Valentine's Day almost upon us, we thought we'd celebrate by taking a look at some of the most unbelievable, incredible and epic romantic gestures of all time. From record-breaking proposals to literal monuments to love, this swoon-inducing list is sure to reduce even the most hardened romantic skeptic to a raw mess of goopy emotion. Equal parts heart-breaking and inspiring, this list is ideal if you are seeking ideas for an inventive way to win over a crush or propose to a partner this Valentine's Day. 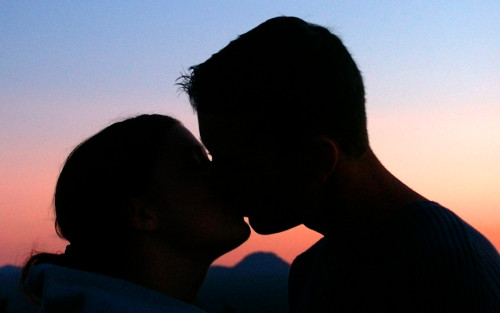 Jake Bronestein is a man who is constantly attempting to break world records, so it made sense that he would incorporate this practice into the marriage proposal he made to his girlfriend in 2009. Having a go at the record for world's longest whisper chain, Jake decided to send his proposal via 59 intermediary bodies at a New York bar. His girlfriend, Kristina Hoge, was initially incredulous when the last stranger in the chain asked her to marry him. It all made sense when she turned to find Jake and found the hopeless romantic on his knees. #aww

This was actually Jake's second attempt; he had tried to propose in the same manner a month previously but the message was not carried through accurately. Kristina was none the wiser and the couple simply went home!

A couple from Tenessee who were married in 1984 decided to repeat the event a preposterous 106 times, gaining a Guinness World Record in the process. It took David and Lauren Blair until 2013 to reach this incredible figure with many changes of location and season for each wedding ensuring things remained exciting.

What's surprising is that the very first time David proposed, Lauren actually said no! #gasp It was months before she changed her mind and decided to accept his marriage proposal.

In 2014 Japanese artist Yasushi Takahashi quit his job and invested 6 months and 3000 miles in creating what is, undeniably, a legendary marriage proposal of truly epic proportions. The expedition was the subject of a documentary in which the artist spelt out the letters 'Marry Me' by walking them, his route tracked by GPS software. His journey began on Hokkaido island and ended on Hyodo Cliff.

Everyone will recognise the iconic Taj Mahal in India but not everyone will realise that this iconic structure was actually built as a monument to the third wife of Mughal emperor Shah Jahan way back in 1632. Grief stricken after his wife died in labour, Shah Jahan had the Taj Mahal constructed as a mausoleum for her remains. The structure was then added to with ornate gardens and towers and has since attracted over 3 million worldwide visitors.

When Sue Johnston's husband of 46 years passed away, she was understandably heartbroken. On the first Valentine's Day after his death, Sue was surprised to receive a bouquet of romantic flowers addressed to her from her late husband, John. Upset and indignant, Sue called the florist to explain that there'd been an error.

The florist went on to explain that this was no mistake - John had prepaid for many years to ensure that his wife would continue to receive a bouquet each Valentine's day even after he was gone. An astrounded Sue hung up the phone and read the attached card which read simply - "My love for you is eternal."

If the above story doesn't result in a lump in your throat and a tear welling in your eye, we're not quite sure what will.

So which of these do you think it the most impressive romantic gesture of all? Or perhaps you've heard of something even more elaborate...

Who was Carl Linnaeus?

Spring has Sprung with Clare Florist