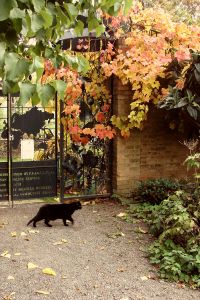 This isn't the first time here at Clare Florist that we've addressed the issue of gardens being covered over. But it's a continuing concern, and a strongly-worded article by Ros Coward in today's Guardian could provide a springboard to launch the discussion back into the public consciousness. CF love flowers in all their shapes and forms, and it would be a ceying shame if their disappearance from our verges and hedgerows were to continue.

Ongoing trends for concrete front patios, and of course the emergence of the two-car household with all the parking space which that requires, have meant that more and more gardens are being reploaced by sterile, lifeless hardcover. Ms Coward's article focuses on London -- but in truth, every urban environment in the UK is exhibiting signs of this saddening trend.

Ros Coward writes: "This transformation isn't just ugly, it has real environmental consequences. Last week it was revealed that British moths are in "calamitous decline" in the south, mainly due to urbanisation and loss of habitat. Simultaneously, the Commons environment, food and rural affairs committee criticised the government for not doing enough to prevent flooding caused by surface water, including the failure to introduce measures like stopping people laying impermeable surfaces in back gardens and businesses.

A recent report, London: Garden City?, by the London Wildlife Trustcompared aerial photographs from 1998-89 and 2006-07, showing that, in those eight years, 3,000 square hectares of private domestic gardens was concreted or decked – the equivalent of losing two and a half Hyde Parks a year. It's the suburban equivalent of the destruction of the rainforest. "The loss was much more dramatic than we had imagined," says Matthew Frith, deputy chief executive of London Wildlife Trust. "Trees have disappeared, lawns had been knocked back by decking or lost under sheds, and paving is taking over." Neglected by planning regulations, this move away from traditional gardens is creating a huge change in London's landscape and ecology ."

Do you agree? Are there signs of urban defloralisation where you are too? Or do you think we all need to wake up and smell the concrete? 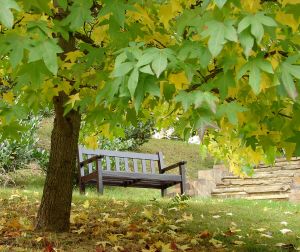 Crab Spiders that Hide in Flowers