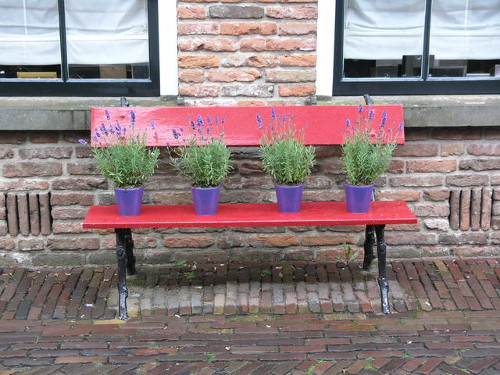 Yesterday the 26th of June was Lonely Bouquet Day, an event which saw strangers leaving bouquets of flowers for one another in a bid to spread happiness and goodwill around the country. It's a simple concept - all you have to do is leave a bouquet of flowers on the street with a card or tag displaying the message 'take me with you.' Sunday saw bouquets appearing all over the country, on park benches, bus stops and many other public locations.

It's a global event which has risen in popularity throughout a variety of different cities, from San Francisco to Cologne. The concept originated from an American florist named Emily who owns a Belgian flower picking garden. If you'd like to adopt an abandoned bouquet, take a look at the official website here which has a map with locations of bouquets. The Lonely Bouquet refers to itself as "a guerrilla campaign for flower fanatics meant to make people's day brighter, one flower at a time!"

Did you celebrate Lonely Bouquet Day by abandoning a bouquet for adoption? Or maybe you were lucky enough to find a bouquet of your own that some kind-hearted stranger had donated? Let us know in the comments section!

Save our Summer Flowers