After our last post, on the ugly but wonderful night-blooming orchid discovered on a Pacific Island, we've been looking a bit more into the subject of those flowers which only come out at night.

And there were two that took our breath away most of all, both known as the Moon Flower (it's easy to get confused! The nickname 'Moonflower' is given to many night-flowering plants). Here we show you both of them - which one is your favourite?

The ipomoea alba is also called the 'moon vine'. Ironically enough, it's actually a type of 'morning glory', despite only coming out when the sun is down. It has a wonderfully pale, gothic appearance, which wouldn't look out of place in the scenery of a Tim Burton film: 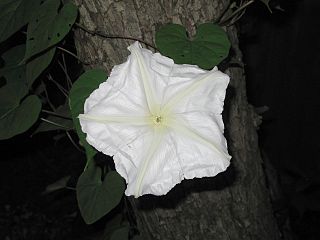 Meanwhile the hyocereus brings an exotic magic of its own to the story of night blooming plants - this beautiful midnight flower is actually a cactus. And wouldn't it be magical, to see one under the full moon in a clear desert night? 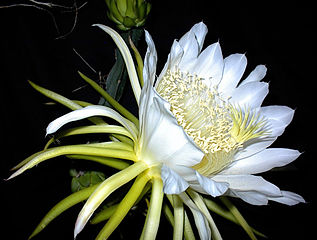 Weird and Wonderful Wednesday: The Orchid that Blooms at Night