In honour of Mother's Day which is this Sunday the 15th of March in the UK, we thought we'd take a look at some of the customs and traditions practiced by other countries around the world. Since its inception in America at the beginning of the 20th century, Mother's Day has captured the imagination of people across the world with the day being celebrated on different dates and in different ways in hundreds of countries worldwide. 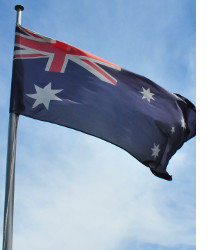 Mother's Day has been observed in Australia on the second Sunday in May since 1924. Chrysanthemums are traditionally gifted to mums in Australia for a couple of reaons: this specific flower is naturally in season in May, Autumn in Australia, and also because the name ends in 'mum.' It is common practice for men to wear the flower in their lapels on Mother's Day in Australia.

For the Belgians, Mother's Day is a day of pampering, beginning early in the morning when the father will typically buy croissants and pastries to bring to the mother whilst she is still in bed. In the week running up to Mother's Day, children at primary school will traditionally make little presents for their mum as well. 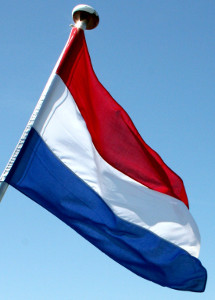 Mother's Day has been celebrated in the Netherlands since 1910 when it was introduced by the Salvation Army and promoted by the Royal Dutch Society for Horticulture and Botany who hoped to mirror the commercial success of the day for American florists. In the 1980s, Austrain feminists felt that Mother's Day was responsible for the perpetuation of gender stereotypes. As the American origin of the holiday was not widely known then, they claimed that the day was invented by the Nazis to try and negatively affect the reputation of the holiday!

Bangladesh celebrates Mother's Day on the second Sunday of May. As well as traditionally giving gifts such as greeting cards, chocolates and flowers, this day in Bangladesh also holds cultural programs, government organised discussions, special television programs and the like which help to promote awareness of the Mother's Day whilst also honouring mothers across the country.

Despite it's American origins, Mother's Day is even becoming popular in China where one of the most popular gifts are Carnations. The sentiments of the holiday complement the country's traditional ethics; respect for the eldery and for parents. Communists in the country have recently moved to dedicate the day to the memory of Meng Mu, the mother of the legendary Confucian philosopher Meng Zi. There have also been calls for the western-style gift of the carnation to be replaced by the Lily as the traditional Mother's Day flower in China, due to the fact that Chinese mothers traditionally planted lilies when their children left home.

In many countries around the globe, Mother's Day celebrations do not differ at all from the British custom of gifting your mum chocolates, greeting card or Mothers Day Flowers. The only variance is the date the holiday is celebrated on which varies greatly from country to country.

Honouring the Most Important Women in your Life this Mother's Day

Mother's Day Across the Globe