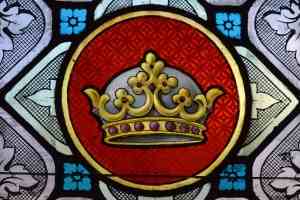 Ingenious schoolchildren in Leicestershire have put together a flowerbed to commemorate the finding of King Richard III's remains under a Leicester car park.

The kids made a skeleton (complete with King Ricky's signature curved spine and hatchet-wound to the skull...) as the centrepiece, and put a lovely flower border around it.

The border features white roses, symbolically significant to Richard's life as the emblem of York.

"This year it's very fitting our design incorporates the story of Richard III. All praise must go to the students for their inspiration and the Bosworth in Bloom team for their planting and development of the design.

"We look forward to meeting the Britain in Bloom team in the coming weeks."

Have any children in your area been inspired by the nice weather to show off their green fingers? Let us know in the comments below!