Welcome back to our Six Nations in Flowers series. We've already looked at the odd story of the red rose of England, the tangled tale of the Fleur-de-lis in France, and the long history of the shamrock as the flower of Ireland. And today, it's onwards - to Italy!

Italy is interesting in that unlike many countries - and indeed states and even organisations - it doesn't have an official flower. However one flower which is often associated with the Italian nation is the lily. 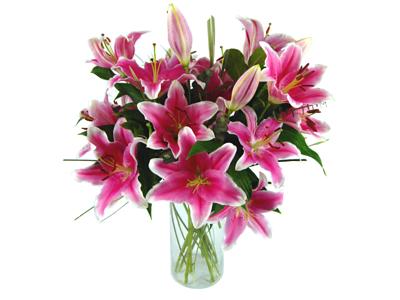 (Click here to order this fabulous bouquet of Sensation Lilies!)

The reason that the lily has become associated with Italy is because it is the icon of one of Italy's most famous - and notorious - families: The Medici.

The House of Medici were a political dynasty, who became de facto rulers of Florence in the fifteenth century through their powerful financial institution, the Medici Bank. Eventually they ruled Florence for over a hundred years, and exerted enormous influence upon Italy and the world.

And their symbol was a red lily (interestingly descended from the white lily of the fleur-de-lis of France), placed upon a white background... 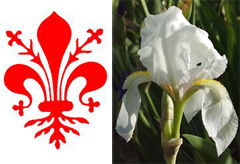