The Romans Loved Orchids too!

A remarkable project by a historically-inclined Italian botanist has revealed that the ancient Romans were absolutely bonkers about orchids.

You can hardly blame them, when these stunning exotic flowers look as pretty as this: 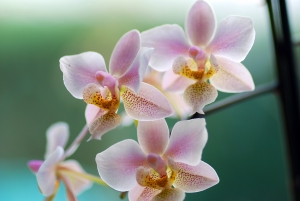 The project is headed up by Giulia Caneva of the Roma Tre University. Assembling a team of graduate students, she set about assembling a datatbase of ancient Italian artefacts, from paintings to carvings, and spent years identifying the individual plants which are portrayed in the images.

They expected to find orchids dating back to the 1400s, when late medieval paintings have lots of examples of blooming orchids. But it was a shock to discover that if you looked far back enough, orchids were much-loved by the Romans too. It was probably Christian suspicion of the flowers’ sexual symbolism that led to orchids being largely abandoned from the 3rd to 15th centuries in art – but before Christianity took hold, the Romans couldn’t get enough of these steamy blooms!

Ms Caneva’s team found orchids on the Ara Pacis, an enormous stone altar dating from the time of Augustus Caesar – 9 years before the supposed birth of Christ. And even earlier than that, Julius Caesar himself oversaw the Temple of Venus Genetrix in Rome, which also features depictions of orchids.

Of course, if you want to make like an ancient Roman and decorate your home with orchids, we at Clare Florist have the perfect bouquets for you. You can order our Rainforest Orchid Bouquet for only £21.00 here – with FREE delivery. That’s a 16% saving from its list price too – so there’s no need to go Roman around looking for a better deal ;) 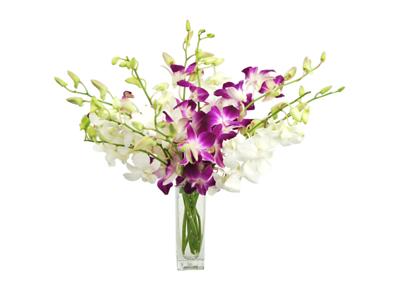