This year Diwali (the beginning of the Hindu New Year) will be celebrated on the 5th November,  thus coinciding with Guy Fawkes Night - So expect there to be fireworks!

We are all familiar with Guy Fawkes Night or Bonfire Night as it is sometimes known.  It is the annual celebration to mark the failed gunpowder plot of the 5th November 1605. 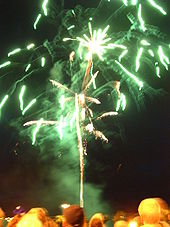 As for Diwali;  In India,  the beginning of the Hindu New Year is celebrated in the festival of Diwali,  which operates according to the lunar calendar.  Lasting for five days during the new moon period that ends the month of Ashwin,  Diwali is an official public holiday in India and is of great significance to the predominantly Hindu population.  It is often referred to the Festival of Lights or Deepavali. 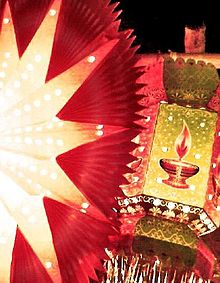 Traditions involve decorating homes with lights,  setting off fireworks and handing gifts to friends and family.  Flowers are also central to Diwali celebrations and those who observe the festival will often make rangoli's from various different types of flowers.  The rangoli is essentially a geometric floor design, which often comprises floral arrangements including carnations, roses and orchids of various colours, that is used to attract the attention of Goddess Lakshmi.

Have a Fantastic Guy Fawkes and Diwali...

Festivals of light and enlightenment