We can all recognise the Venus flytrap when presented to us as a question in a pub quiz, its unique shape and menacing mechanism of survival strike fear into the hearts of those who first see it. But its unique survival mechanism gives it a substantial evolutionary advantage in areas of poor soil quality and low nutrient content as the Venus flytrap gains its minerals and nutrients from the bugs and flying insects it ensnares in its jaws. 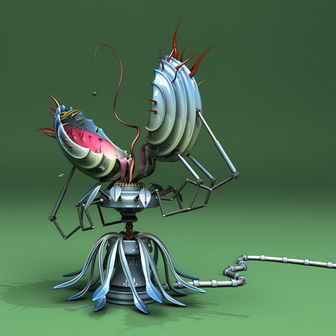 Scientist from universities in South Korean and Maine, USA have developed robots that can mimic the Venus flytrap trapping mechanism and devour their catch to produce electricity to power themselves. The Venus flytraps unique mechanism comes from two specially adapted leaves which on the inside are covered with thousands of tiny hairs. These hairs act as triggers and when brushed by an insect cause the leaves to snap shut in less than a tenth of a second. The pocket created by the shutting leaves fills with an enzyme sectreation which breakdown the insect for its nutrients. 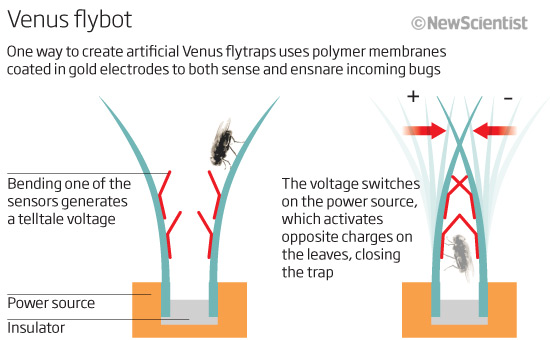 Powering robots by insects has something that has been experimented with for the past decade. In previous robotics experiments scientist created Ecobot, a self-sustainable robot that is powered by microbial fuel cells which break down insects and liberate free electrons from them to be used to power a circuit. The previous problem however was that these cells had to be loaded with dead insects by hand or attract insects with a UV lure which made the system neither fully autonomous and very energy inefficient. The robotic flytrap allows these systems to become completely autonomous through using special materials that can be open or closed using very small electrical currents which are triggered when an insect lands on the specially coated inside surface which forces the insects down into a bacterial soup which breaks them down for the their free electrons.

For a more indepth look check out the original article on new scientist.com

Mother's Day dates during 2007 around the World

Tips for Tuesday – What to do with those left over pumpkins