Weird and Wonderful Wednesday - Flor de Muerto: the flower of the dead

Our weird and wonderful flowers blog each week takes a look at a species or two of flowers that the majority of people would not have any clue even existed. From rare and exotic species to ones which have evolved highly unique mechanisms to increase their chances of survival, each week we bring you a highly unique and interesting plant to help increase your interesting flower knowledge. Today were going to look at the closest nature has come to producing a black plant the Mexican perennial, Flor de Muerto - the flower of the dead. 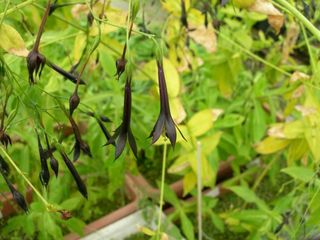 The Lisianthus Nigrescens is the blackest flower in the world. As you have probably noticed, black flowers don’t appear in the wild to frequently as it is a very rare trait to find in any plant that isn’t the result of crossing two species together. In Mexico however, this plant is a common perennial and can be found growing on roadsides, embankments, pine and oak forest floors in various states. It gets its name as the flower of the dead partly due to its black nature, having black petals, fruit, leaves, seeds and pollen but also because it is planted around graves during funerals. 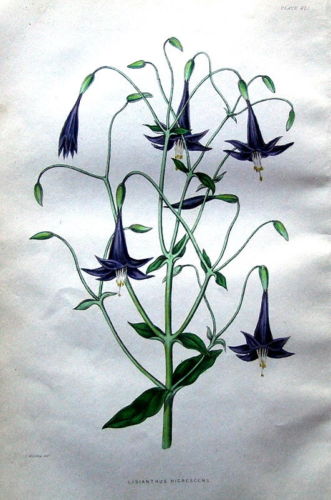 It’s drooping, bell shaped, tubular flowers hang downwards from 2 metre stems in what could be described as a wilted and unhealthy looking state. The flower is able to achieve its black colour as it absorbs both UV and the visible light spectrum completely, and is the only flower known to do so. This however leaves researchers a little stumped, how does this flower attract insects or birds to spread its pollen if it doesn’t have any colours that they can see. Since colour is one of the main tools that flowers have to attract pollinators to them how does the L. nigrescens attract pollinators? The answer researchers gave when attempting to answer this question “The problem of how this flower might attract the pollinators when it totally absorbs in both the UV and the visible [light] remains to be explained."

Crab Spiders that Hide in Flowers

Tips for Tuesday – Caring for your indoor plants

Weekly Round Up - Misteltoe, Winter plants, Black flowers and Thanksgiving