Why are those flowers so colourful?

One of the reasons we love flowers is down to their colour, it’s the evocative reds in the rose, the calming blues of lavender and the bright yellows of the daffodil that reinforce the feelings we have when we see these flowers. Why is it that flowers are these bright and vivid colours? What is responsible for creating the different coloured roses and carnations and how did all this variety come to be? For the answer we shall have to look inside the flower as the answer lies within the flowers genes. 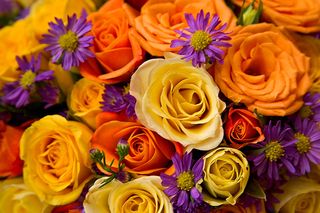 Just like the colour of peoples skin, which is caused by various levels of a special pigment called melanin, more melanin = darker skin, less = lighter skin. The various colours in flowers come from three pigment types, anthocyanins, carotenoids and chlorophylls. Anthocyanins mainly produce reds, pinks, blues and purples; carotenoids are what are responsible for the colours in tomatoes and carrots, giving a variety of yellow, orange and red; lastly chlorophylls are responsible for giving flowers, plants, trees and pretty much anything that is green in colour. The different levels of pigments are controlled by the plants genes and DNA which affect the overall colours that appear in the flowers. 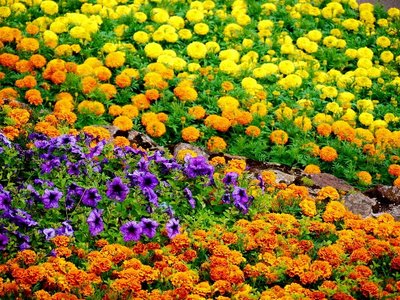 These bright colours however aren’t just to make the flower look pretty, they have evolved to take advantage of the fact that animals, birds and insects are attracted to bright colours and can be used to help the plants reproduce, the end goal for all species. As well as bright flowers these plants will also have sweet offerings, whether it is fruits or nectar that encourage creatures to land on the flowers where by particles of pollen become stuck to the creature which will be brushed off as it goes from plant to plant. If the flowers were dull, plain or unattractive there pollen would be spread much less than those that were bright in colour as they would attract less creatures and thus, over time would die out as the competition became more and more dominant from the attractive bright flowers.

Elevate Your Mood with Flowers

Tips for Tuesday – Caring for your indoor plants