All the best facts from International Women’s Day

The very first International Women’s Day was the 19th Match, 1911 as an idea tabled in Copenhagen By a women named Clara Zetkin. The first IWD helped mobilise millions of men and women into rallying to women’s equality. The 8th March was chosen in 1913 and has remained the day of IWD every since.

International Women’s Days was first recognised by the UN in 1975.

The women in which women got the vote varies wildly, i.e. in New Zealand women were granted the right to vote in 1893 but in Switzerland it wasn’t until 1971!

The number of women as the leading their countries has more than doubled since 2005 with their now being 17 countries where a women is the head of government or the head of state.

Research has shown that women have a much higher probability to give birth to a girl than a boy when the mother lives nearer to the equator.

There has been a 110% increase in stay at home moms finding jobs in the digital sector in 2011.

The cool social media site Pinterest has a huge gender discrepancy, with 87% of its users being female! 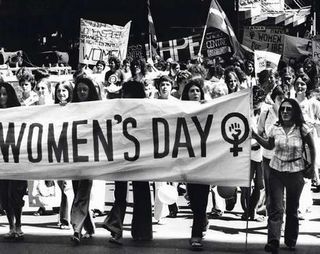 An interview with Queen Rose

What to plant this March