Most of the flowers that usual make our weird and wonderfully watching eye are from far flung places abroad, with exotic names and found only in the deepest depths of the darkest most untouched jungles. This weeks weird and wonderful plant however can be found as close to home as on a gold course in Lancashire, it’s the one and only Yellow and purple Lady Slipper (Cypripedium calceolus) possibly Britain’s rarest flower. 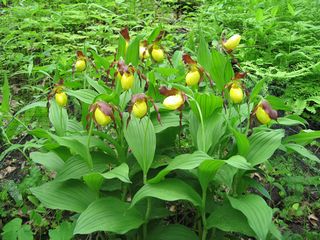 Found across Europe to Asia this unique looking orchid can grow to between 12-30 inches tall with deep purple, almost dark brown tendrils with a bright yellow bloom shaped like a slipper. In the UK however this orchid was formally widespread and found in the north of England and in particular the limestone areas of the Yorkshire Dales. However by the late 20th century this flower was nearly extinct due to the uprooting by gardeners and botanists, destruction of its habitat through woodland clearance and finally being eaten by sheep. 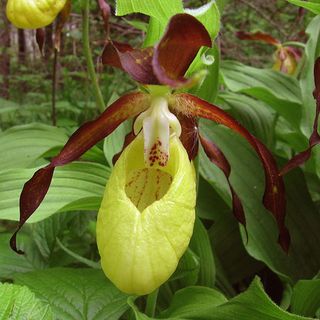 As of 2010 there was supposedly only a single specimen left which was situated in the rough of a golf course in Lancashire. Due to its rarity before the plant was about to bloom it was placed under 24 hour police watch to prevent thieves taking a specimen which could be worth anything from $3000-5000!

How to Have a Stress Free Valentine's Day

Tips for Tuesday – Natural Dyes are all Around us