How do Plants ‘Know’ When to Flower? New research

Scientists studying the genes of a little mustard-like plant called ‘Arabidopsis’ think they may have finally found out just how plants know when to flower, solving a mystery which has bugged scientists for 80 years.

Scientists from the University of Washington and our very own University of Edinburgh worked in tandem to study the protein ‘FKF1’, which they suspected might hold the key. 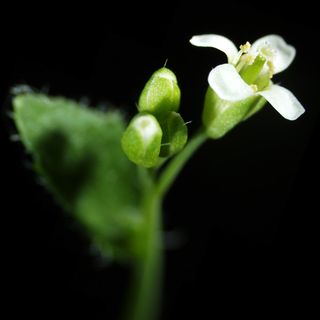 And it's pretty too!

The release of FKF1 is regulated by plants’ ‘circadian clock’. The circadian clock is a name for the complex system which plants’ and animals’ bodies use to tell which time of day it is. Because the length of the day changes throughout the year, the circadian clock is vital to regulate biological processes across 24-hour-periods, allowing people, plants and animals to adjust to the changing seasons.

The new work on FKF1 shows that it is important for controlling FLOWERING LOCUST T – nothing to do with locusts – which induces flowering. Takato Imaizumi of the University of Washington explains:

The new research goes far beyond just being fascinating news for flower lovers like us at Clare; potential uses for this knowledge include breeding varieties of rice, wheat and barley with a higher crop yield, helping farmers around the world. 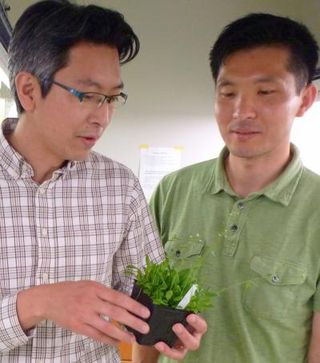