The poison dart frog has enough poison stored in it that it can harm 2200 people in.

Carrots come in a variety of colours, white and yellow from Europe, purple from the Middle East,  with orange being a cross between various strains. 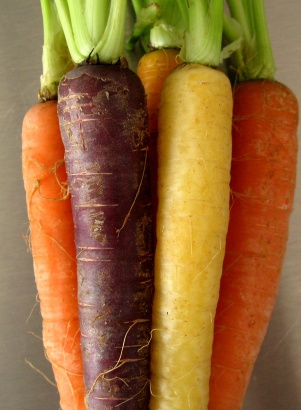 Bulls are actually colour blind, it’s the waving of the fabric that entices them not the colour.

Aspirin was first discovered in the bark of the willow tree.

A man went to a party and drank some of the punch. He then left early. Everyone else at the party who drank the punch subsequently died of poisoning. Why did the man not die?

A:  The poison in the punch came from the ice cubes. When the man drank the punch, the ice was fully frozen. Gradually it melted, poisoning the punch.

What is black when you buy it, red when you use it, and grey when you throw it away?

A (highlight to view): Charcoal

A: At the time she went into labour, the mother of the twins was travelling by boat. The older twin, Terry, was born first early on March 1st. The boat then crossed a time zone and Kerry, the younger twin, was born on February the 28th. Therefore, the younger twin celebrates her birthday two days before her older brother.