Over the past few Thursdays, we’ve been taking our regular readers (that’s right, both of you!) on a whirlwind tour of some of the wacky plant superstitions that survive to us from ancient times. We’ve looked at medieval – and even older – folklore, which tells us to tie stones to fruit trees, that garlic wards off evil spirits, and of course that spotty apples have been growing in dead bodies. Ewww.

But it’s easy to laugh at ancient folklore, smug as we are in the rational, scientific surrounds of the 21st century. What’s easy to forget is that when those strange old beliefs held sway, they were pretty much the science of their age; when no better explanations were available, it made perfect sense to think that evil spirits lived in your oak tree, or what have you.

But now…now surely there’s no way anyone would believe such gubbins? In the spirit of investigation, we at CF have spent a good five minutes Googling stuff, and we bring you…weird stuff that people still, today, believe. Are people just gullible? Or is the world stranger than we give it credit for?

1. Bees flock to the grave of English beekeeper 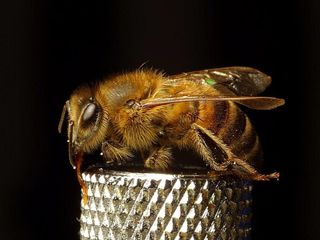 Bee pondering what to wear to the funeral

In 1994, a beekeeper named Margaret Bell passed away. She lived in Ludlow, Shropshire, and kept bees nearby in Leintwardine. According to one source, after Mrs Bell’s funeral, hundreds of bees appeared opposite her house, and stayed there for an hour to say their farewells, before buzzing off for good. Interestingly, the ‘Leintwardine Online’ has appealed for anyone who knows anything about this to get in touch, especially if they know about a photo that apparently appeared in the local press.

2. Strange Sounds in the Sky Across the World 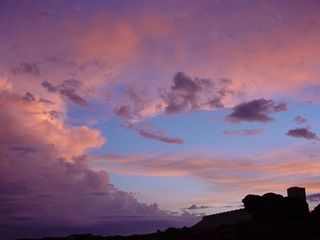 That was a nice starter, but it’s far from the oddest thing that people will tell you. Just a couple of weeks ago, the sort of websites where people in fun tin hats spend their time were reporting that ‘all around the world’, strange ‘apocalyptic’ sounds could be heard in the sky. IN THE SKY. In fairness to our completely barmy source, they do speculate that earthquake activity, high pressure gas in the Earth’s crust or meteor showers could be causing these noises.

Unfortunately, it then loses the plot completely and starts offering its own more ‘plausible’ explanations…that UFOs are causing the noises. Or, that ‘directed energy weapons’, presumably a phrase that the loonies just made up, are behind them.

Or, that the imaginary noises are being caused because the world is ending according to the Mayans. Ahhhh, the good ol’ Mayans.

Room for one more? I think so, just because it may have the best headline ever written: 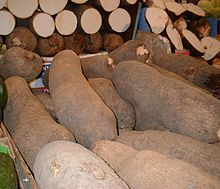 In case once wasn’t enough, that really did say BOY TURNS INTO YAM. Because this is a story about how a boy turned. Into a yam. According to our source, which we won’t name to prevent them getting embarrassed (but who can quite easily be found by Googling, say, ‘boy turns into yam’), a boy in a school in Nigeria in 2000 made the rookie error of accepting sweets from a stranger.

And turned into a yam.

The headmistress then ‘found the root tuber and took it to the police station for safe-keeping’. What happened next shockingly ‘failed to reach the media’.

So what should one take from all this? If old superstitions are less silly than they seem because back then it made sense to believe in folklore and spirits, does that mean that modern examples are even sillier than they appear, because we have no such excuse? Or am I just a cynic, and we really are surrounded by sentimental bees, apocalyptic space noise and boys who turn into yams?

The truth, as the X-Files taught us all those years ago, is out there.

Crazy Flower Facts for May