In the dry deserts of deepest Namibia, one plant lives which has survived more or less unchanged since the Jurassic period – a beautiful, giant wild beast of a plant with two huge curling leaves. So bizarre is this plant in its arid beauty that it features as a charge on the Namibian national coat of arms (that's it underneath the shield). 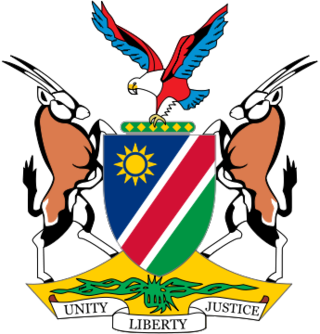 The plant is Weltwischia mirabilis – originally named ‘Tumboa’ by its finder, the Austrian nature collector Friedrich Martin Joseph Weltwisch, but subsequently renamed Weltwischia in honour of its finder. Working for the King of Portugal, Weltwisch spent seven years as a collector in Angola, during which time he collected more than 5000 species of plants and 3000 species of animal, many of them new to science.

And in the Namibia Desert, which spans from Namibia itself into Angola, he came across this weirdest of flowers. He knelt and stared at the plant in the African sun, trying to figure out just what he’d found. 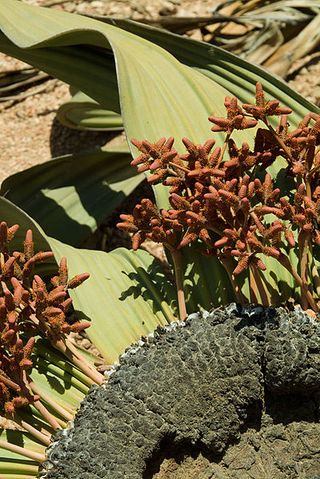 And what he had found is quite remarkable. Weltwischia – the ‘tree tumbo’ – can live for 1,500 years, and survives on moisture collected from fog and dew. What is truly astounding is the plant’s appearance; the two leaves of the Weltwischia grow continuously, eventually ending up as enormous, curling fronds that drape themselves in loops on the sands around the plant. The picture below shows ‘The Big Weltwischia’, which is 1.4m tall and only 4m in diameter. Looking at that picture, it’s hard to believe that the whole plant has only two leaves. 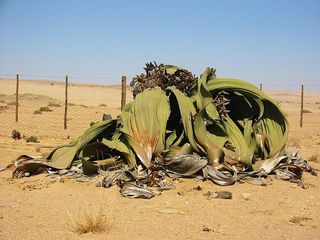 So there you have it; Weltwischia mirabilis, a truly weird and wonderful plant, living for millennia, utterly unchanged, in the baking desert sun.

Save Money with our End of January Sale