Well, I don't know how it was where you live yesterday (apparently some lucky sods were sunbathing!), but here at ClareFlorist HQ it was raining cats and dogs. 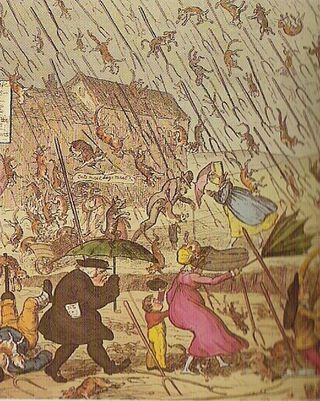 When I say 'cats and dogs', I'm speaking purely figuratively, of course. What I mean is that aqueous matter was descending vertically from the clouds in an unusually ferocious example of precipitation. But what if it really did rain puppies? And why do we say 'raining cats and dogs' at all?

Amazingly, there have been plenty of examples of rains of really weird stuff - including animals! The most common animals to fall from the sky are small, aquatic animals, such as fish or frogs. The theory goes that these creatures are sucked up by a tornado or waterspout. When the tornado dissipates, then anything that was sucked up with it falls away; such as fishes and frogs. 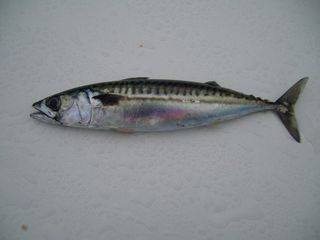 Most reported incidents are fish or frogs (not cats or dogs!), but other freaky animal rains around the world have included worms, spiders and jellyfish.

So why do we say 'raining cats and dogs' at all? There are plenty of silly explanations: my favourite is the idea that in the middle ages, animals would hide in the thatch on houses when it rained -- and if the rain was really heavy, they would be washed straight back out again, making it seem like it was raining cats and dogs. However it's much more likely that the phrase is just a piece of delightful nonsense, like so many other phrases in our language, with no logical purpose behind it at all. Sometimes it's nice to be reminded that people have always been just as silly with words as they are today! 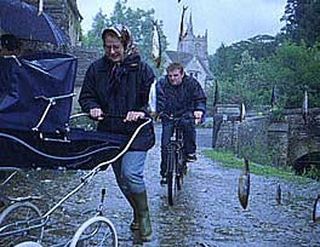 Win a FREE 'Summer Splash' bouquet on our Twitter comp!