It’s a classic film noir scene; the beautiful dame in her bright red lipstick, turning heads on every street corner. But no man would dare approach her, because they know that she’s the coldest killer in town. For today’s Clare Florist blog, we’re looking at a few plants from around the world which play this exact same role; stunningly beautiful flowers, with an ice-cold, poisonous heart. Think of it as the opposite of our edible flowers blog from a few weeks back.

Where better to start than with that terrible beauty with the darkly alluring name; the nightshade? The nightshade goes by many names; belladonna, black cherry, devil’s cherry; this rose by any other name would kill as swift. There’s no denying the terrible beauty of this most infamous of plants; behind those stunning purple petals lurk tempting dark fruit containing a lethal alkaloid. Anyone consuming even a morsel of nightshade should be rushed to hospital straight away. 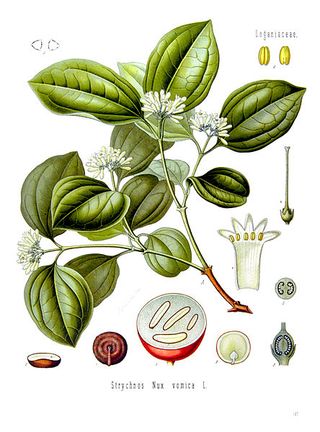 Not strictly a flower, but how about strychnine for a stone-cold killer? The attractive, tasty-looking berries of this tree are nothing like as pure as they seem. According to legend, Queen Cleopatra of Egypt forced her servants to eat strychnine berries, to test whether she should use the berries to commit suicide herself. After seeing how her servants writhed in pain before dying, she decided that snake poison would be a less horrific way to shuffle off this mortal coil. 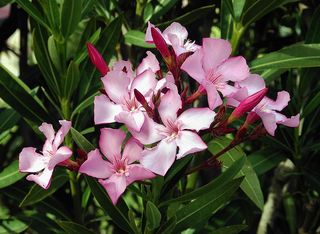 But the most lethal plant in the world isn’t either of these famed murderers, but a plant often used as a pretty flowering shrub to decorate hedgerows and gardens: the oleander. Just one leaf of the gorgeous oleander can kill an adult. Originally, the oleander only grew in the Mediterranean and Asia, but entranced by its beauty, we humans have chosen to spread this killer all around the world.

Plant does nothing for 25 years, suddenly grows 3m spike