Flowers of Myth and Legend 2: Norse Myths ? in flowers!

Every year, in the town of Odense, in Denmark, there is a flower festival. Every year, they have a different theme: for example, this year’s theme was ‘Chinese cultural treasures’. But last year, the skilful florists of Odense decided to take on a topic much closer to home: their own Scandfinavian cultural heritage. The Norse Myths.

These pictures, taken from Viking-Mythology.com, show just a few of the amazing creations which the Odensians managed to put together. They chose to make many of the Gods themselves out of wireframe models, and then to surround these models with a profusion of flowers, carefully picked and chosen to give an impressive, large-scale effect. Here are just a few of our favourites: 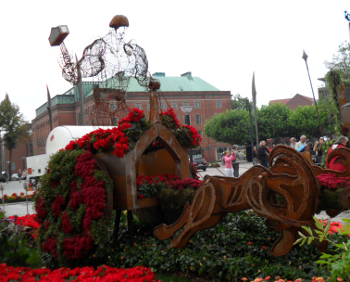 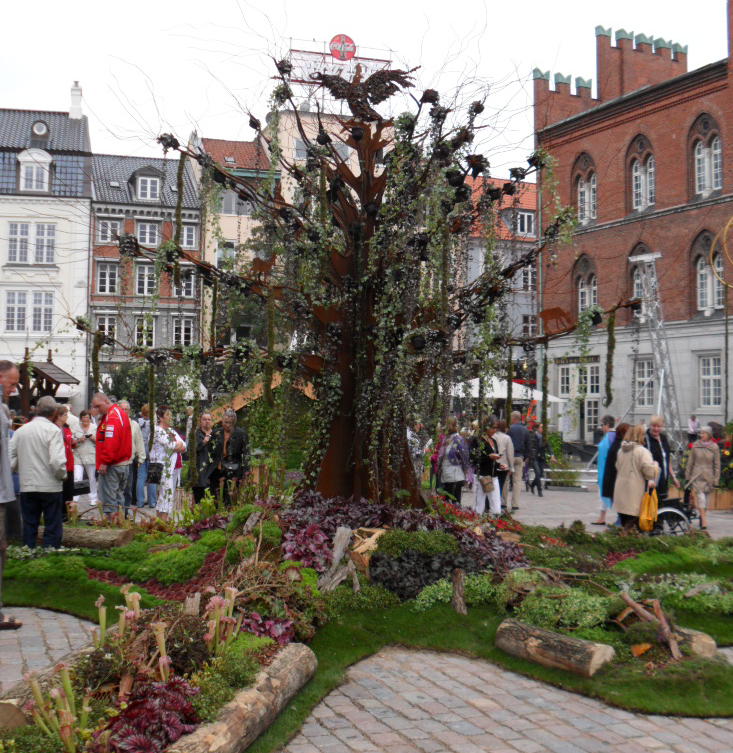 The world tree, Yggdrasil, hung with flowers. (We don't think the Coca-Cola logo in the background was in the original Norse myths) 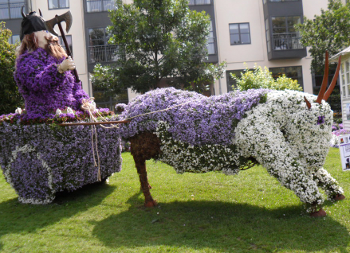 My favourite! The God Freyr in a chariot, pulled by his boar, Gullinbursti

You can find even more images of these Norse festivities on this site here. And if this piques your interest, you should definitely check out the first blog in our Flowers of Myth and Legends series: Great Greek Myths.