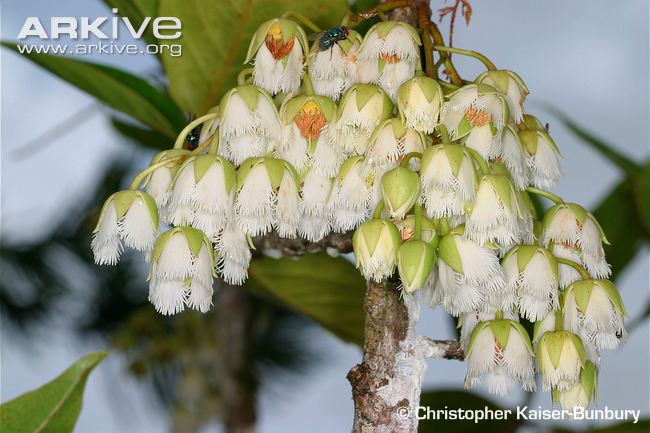 In the beautifully-named Cloud Forest of Mauritius, two bois dentelle trees survive. These delicate, otherworldly trees have ethereal sprays of long, white, bell-shaped flowers. And they are both located on a single hill, called the Piton Grand Bassin. With other trees such as guava providing a more commercially attractive proposition, the Bois Dentelle had become almost extinct. Thankfully, they didn't quite get that far! With just two trees remaining, the Mauritian WIldlife Foundation finally stepped in, and the last two Bois Dentelle will be protected. And even better, two offspring trees are now being grown in "capitivity"!

So close to extinction, this beautiful loner in the Indian Ocean may yet survive to delight future generations with those exotic trailing flowers.

This plant looks like a panda and smells of mushrooms!

The Datura Metel aka the Devils Trumpet..