Our Top Christmas Jokes and Riddles. 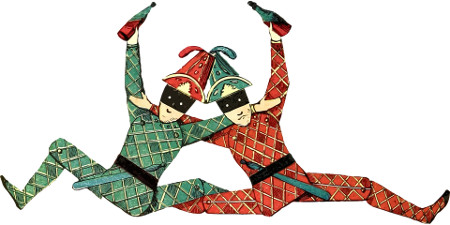 Christmas Jokes and Riddles All Around..

Christmas will not be fun and festive without the family gathering around and sharing jokes and riddles. There is always one member of the family that either cracks a joke or is the source of laughter.

Since it is the holidays, the most appropriate jokes would have to be Christmas-related.

Whether or not they are humorous, however, will depend on several things.

According to a study led by Robert Dunbar at London’s Oxford University, some of the funniest jokes involve 2 characters and up to 5 levels of intentionality running back and forth between the comedian and the audience. Any more than that and people will easily lose the plot.

Intentionality refers to the ability to understand a person’s intentions that are often unspoken.

The everyday conversational jokes, however, do not involve as many intentional levels.

But if they tickle your funny bone, who cares?

Below is a list of Christmas jokes and riddles from around the world.

His Favorite Song is “Blue Christmas”

Q: Who is Santa’s favorite singer?

Q: What do you say to Santa when he’s taking attendance at school?

Q: What do you get if you cross Father Christmas with a detective?

Q: Why does Santa go down the chimney?

A: Because it soots him!

Q: What do you get if Santa goes down the chimney when a fire is lit?

Q: How will Christmas dinner be different after Brexit?

Q: Why are Jeremy Corbyn's Christmas cards on the floor?

A: His cabinet collapsed.

Q: Why did the turkey join the band?

A: Because it had the drumsticks!

Philip looks out of the window on Christmas Eve: 'That's some reindeer' he says. The Queen replies: '63 years. Yes, that is a lot.'

Q: What did Adam say on the day before Christmas?

Q: How do sheep say Merry Christmas in Mexico?

Q: What did the Gingerbread Man put on his bed?

Q: If athletes get athletes foot, what do astronauts get?

Q: What do you call people who are afraid of Santa Claus?

Q: What do you call a polar bear that steals icebergs from other polar bears?

I know, I know. I know that people say, "It's the thought that counts, not the gift... but couldn't people think a little bigger?

Q: Why is Santa a good race car driver?

A: Because he's always in the pole position.

The 3 stages of man:

Apart from jokes, riddles, and one-liners you will find online, there are new ones that are bound to come out during the Christmas celebration.

But why not start the festivities right with flowers from Clare Florist that are sure to bring a smile to someone’s face? Even when your joke fails, you already made someone smile. Place your order today for same day delivery.

Fun Facts about the Thistle

Christmas Around the World: How Different Countries Celebrate Christmas