Send flowers to Isle Of Arran

Our florists love making bouquets and arrangements for UK flower delivery, and we can send flowers to Isle Of Arran for you. We have a wide range of Roses, Freesia flower bouquets, and Lilies, as well as Classic Bouquets and our Colourful flower Bouquets, and our range of Flowers under £21.00. Our home page provides more information on our extensive range of next-day flower delivery services, all of which are available for next day UK flower delivery to Isle Of Arran, Or indeed anywhere in the UK! When you're thinking of a gift to give on birthdays, anniversaries, Mother's Day, Valentine's Day and other occasions, why not send flowers to Isle Of Arran? Through us, you can choose from a variety of bouquets to those close to your heart. We also offer next-day delivery service in case you want your blooms to arrive right on schedule. So if you want flowers delivered on special occasions, make sure to order flowers for delivery to Isle Of Arran. Best of all, our seven day freshness guarantee means you can rest assured knowing your special someone will enjoy their flowers for days after delivery.

Most popular flowers sent to Isle Of Arran this month

Yes, we deliver flowers to the Isle of Arran! 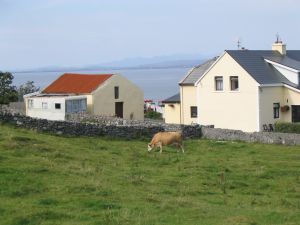 The Isle of Arran is the seventh largest of all the islands of Scotland, with a population of around 5,060 noted during the 2001 census. Much of the area has been home to human inhabitants since Neolithic times and boasts similarities to the Hebrides in terms of geographic and geological environment.

The area has an interesting history, starting in prehistoric times with evidence of animal habitation. The island was colonised by Irish people in the sixth century, by the Vikings in the 13th century and passed eventually to Scotland the closest landmass in terms of distance.

With regards to wildlife, the Isle of Arran offers a rich and diverse selection of fauna and flora. In fact, three tree species are confined solely to the area this being the natural environment in which they thrive.

The climate here is classified as mild by experts, largely due to the Gulf Stream which warms the island - especially in the south of the island where there are fewer mountains. However, the average temperatures rarely rise above 14 degrees Celsius, even in the height of summer and six degrees in winter.

On the Isle of Arran, the primary sector of employment is tourism; however there are other businesses here including a distillery and a toiletry producing facility. Farming and forestry also offer employment opportunities.

Areas of interest on the island include the National Trust owned Brodick Castle, which stands proud upon the island and attracts tourists in all seasons.

Whether you have made the Isle of Arran your home, or you are simply visiting for a short time, rest assured floral deliveries can be made by Clare Florist. If you are looking to send flowers to Isle of Arran, speak to the experts to arrange your delivery, with minimal fuss and an exceptionally quick turnaround.

Our flowers delivery services in Isle Of Arran are usually made by DPD or Royal Mail Special Delivery. 99.9% of our flowers are delivered by 5pm on the requested day - (more commonly before noon), except UK Public Holidays. We also offer a range of next-day flower delivery options in Isle Of Arran - specific information is available during checkout.

Order flowers to Isle Of Arran

There is no small print! When you order flowers for delivery in Isle Of Arran with Clare Florist, that's exactly what you get - flowers delivered in Isle Of Arran, without any fuss.